Off to the Camel Races!

I am not going to be blogging in chronological order.  That would be too logical, right?  :)  I will start with the camel races!  Or, rather, race.  I have been wanting to go to a camel race ever since I moved to Oman.  Our friend, Mark, told us of a race in Barka, on December 19th.  I was excited!  He had a copy of a race schedule with the place and dates, but no times.  He was not sure if the races started at 6 am or 8 am, so a caravan of cars met in Muscat at 6:30 am and we then headed to Barka.  It took less than 45 minutes on the Muscat Expressway.  When we got to the Barka roundabout, we went through and then starting following signs to the racecourse.  Side note:  you might find directions to this racetrack online, but it will say horse racecourse.  It is also for camels. 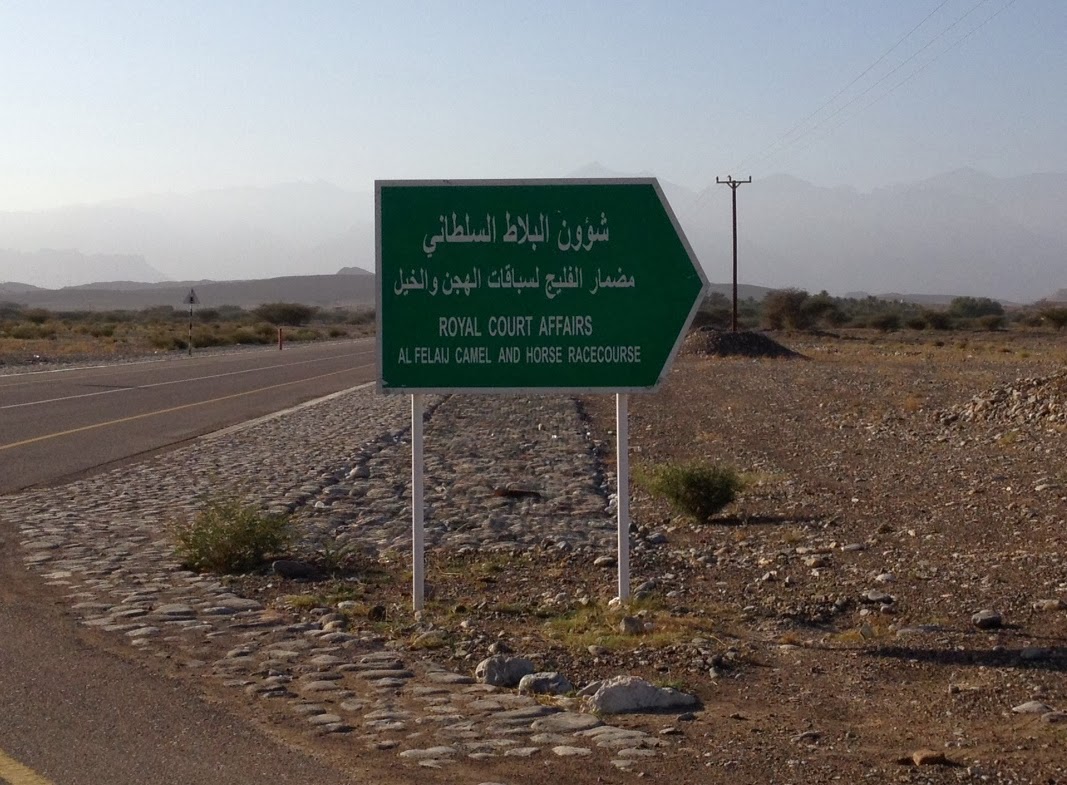 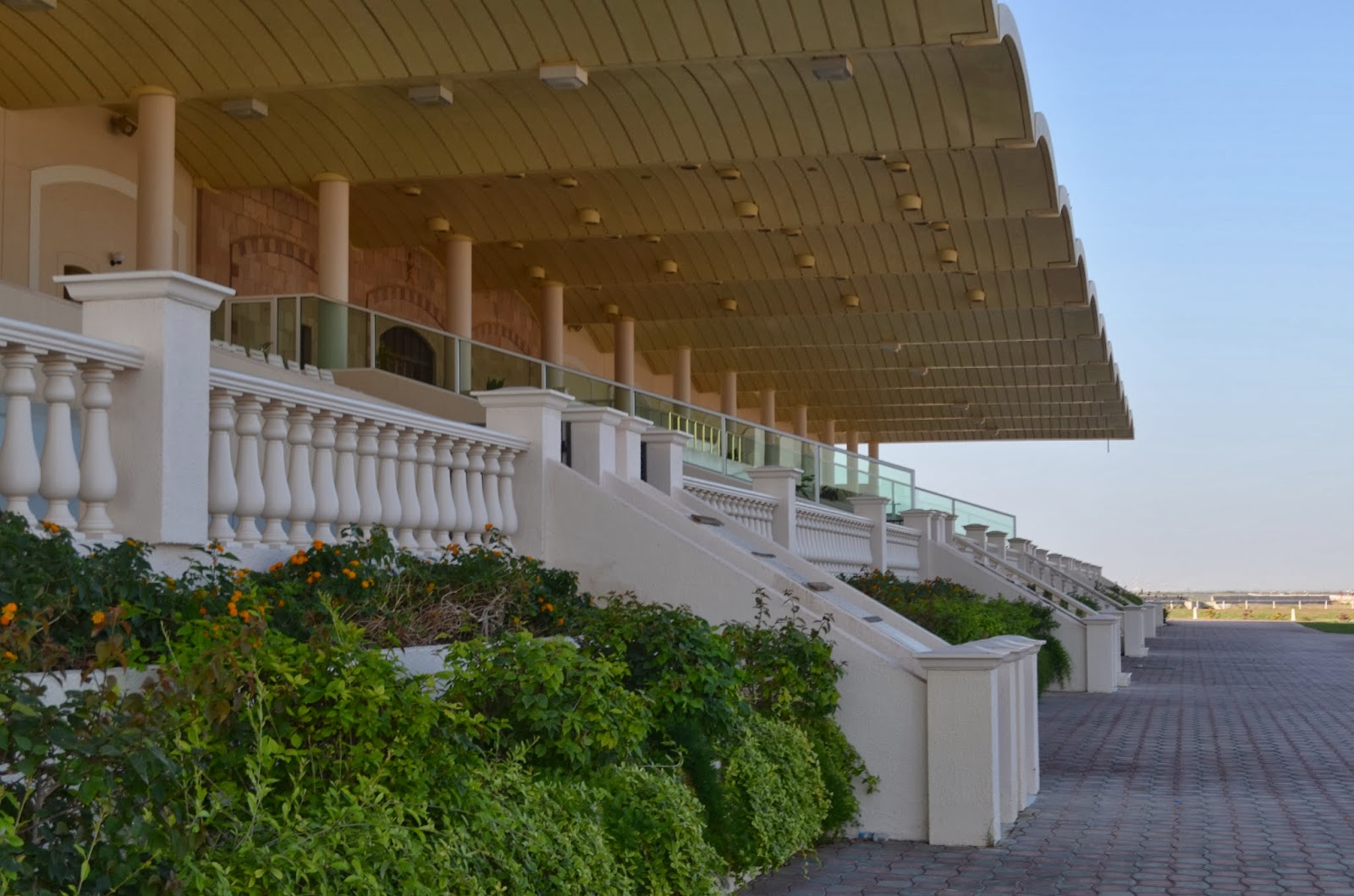 I honestly didn't know what to expect.  I was actually thinking it would be more of a very basic racecourse.  I was not expecting such beautiful facilities.  We parked and went in.  We quickly realized we were just about the only spectators there. 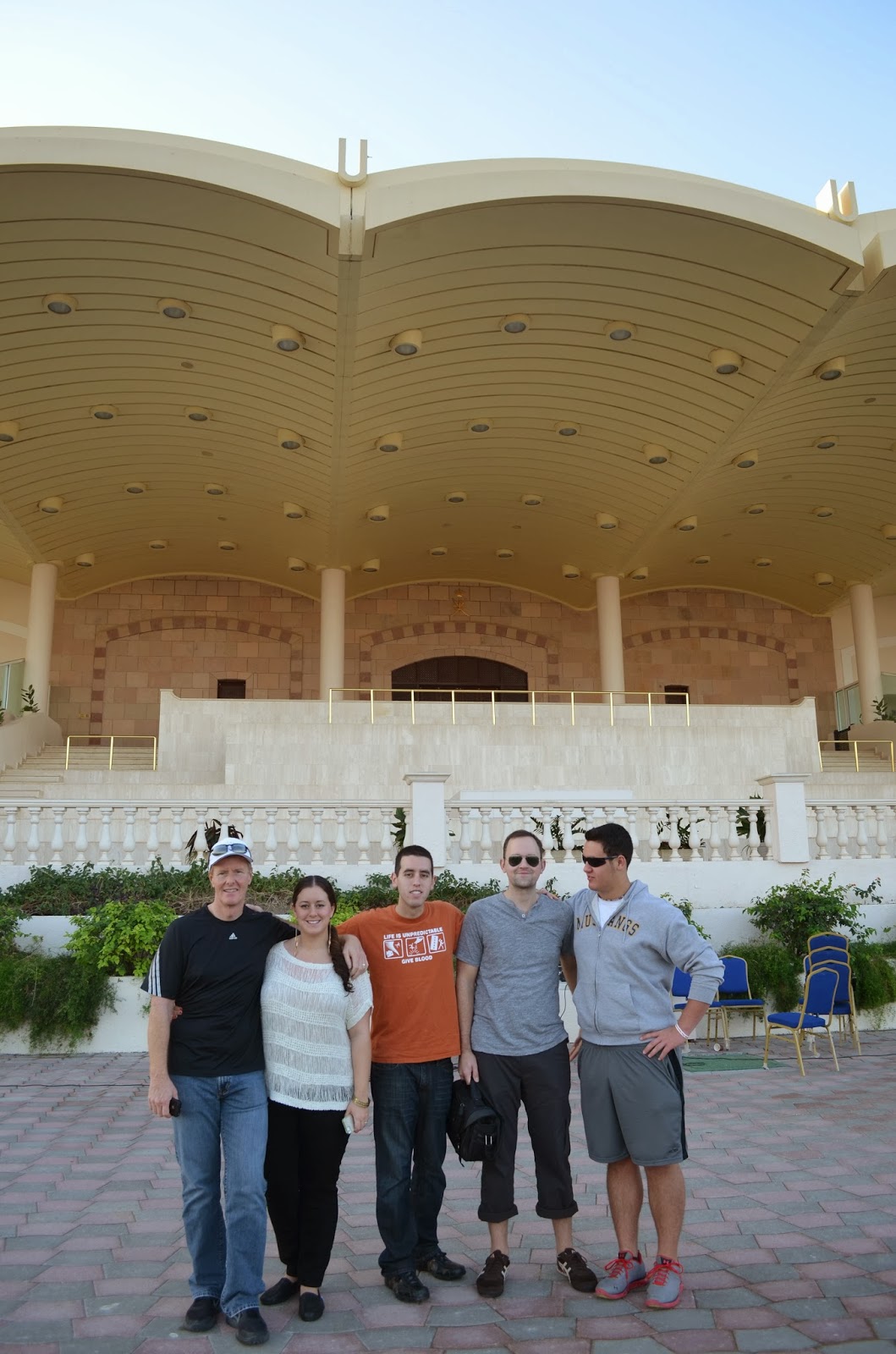 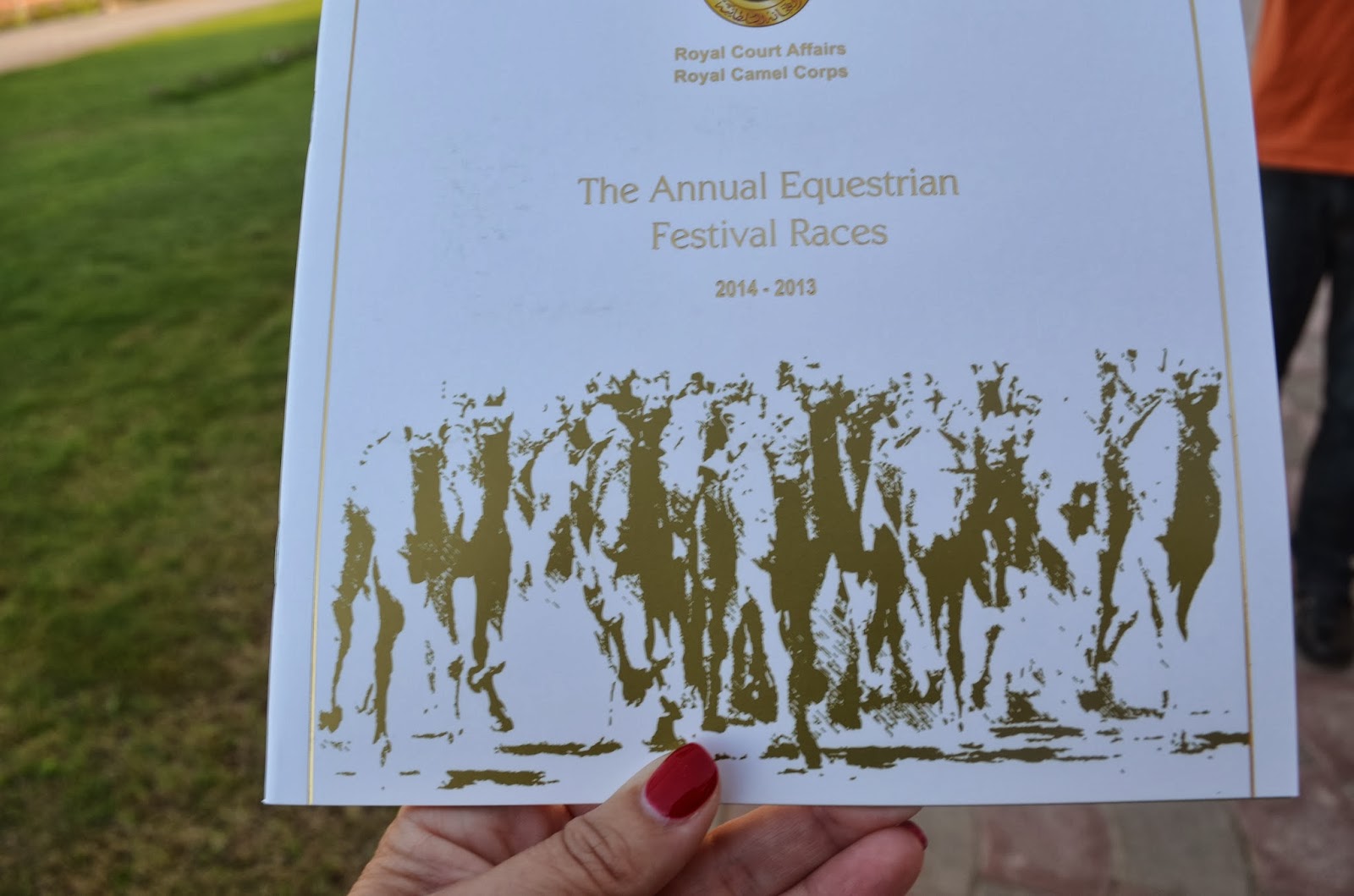 We were handed these very nice brochures. 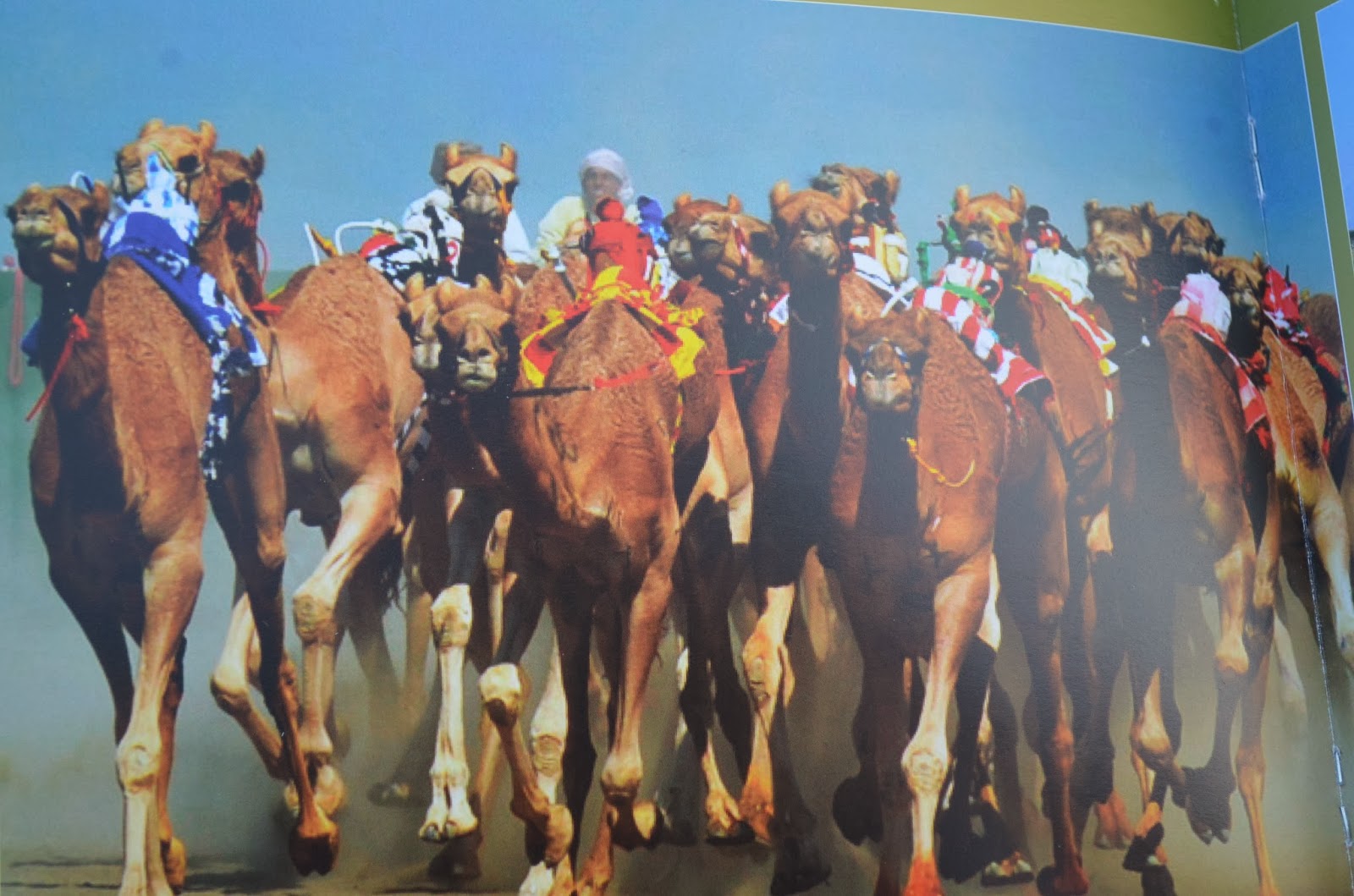 With pictures like this inside.  This is what I was expecting. 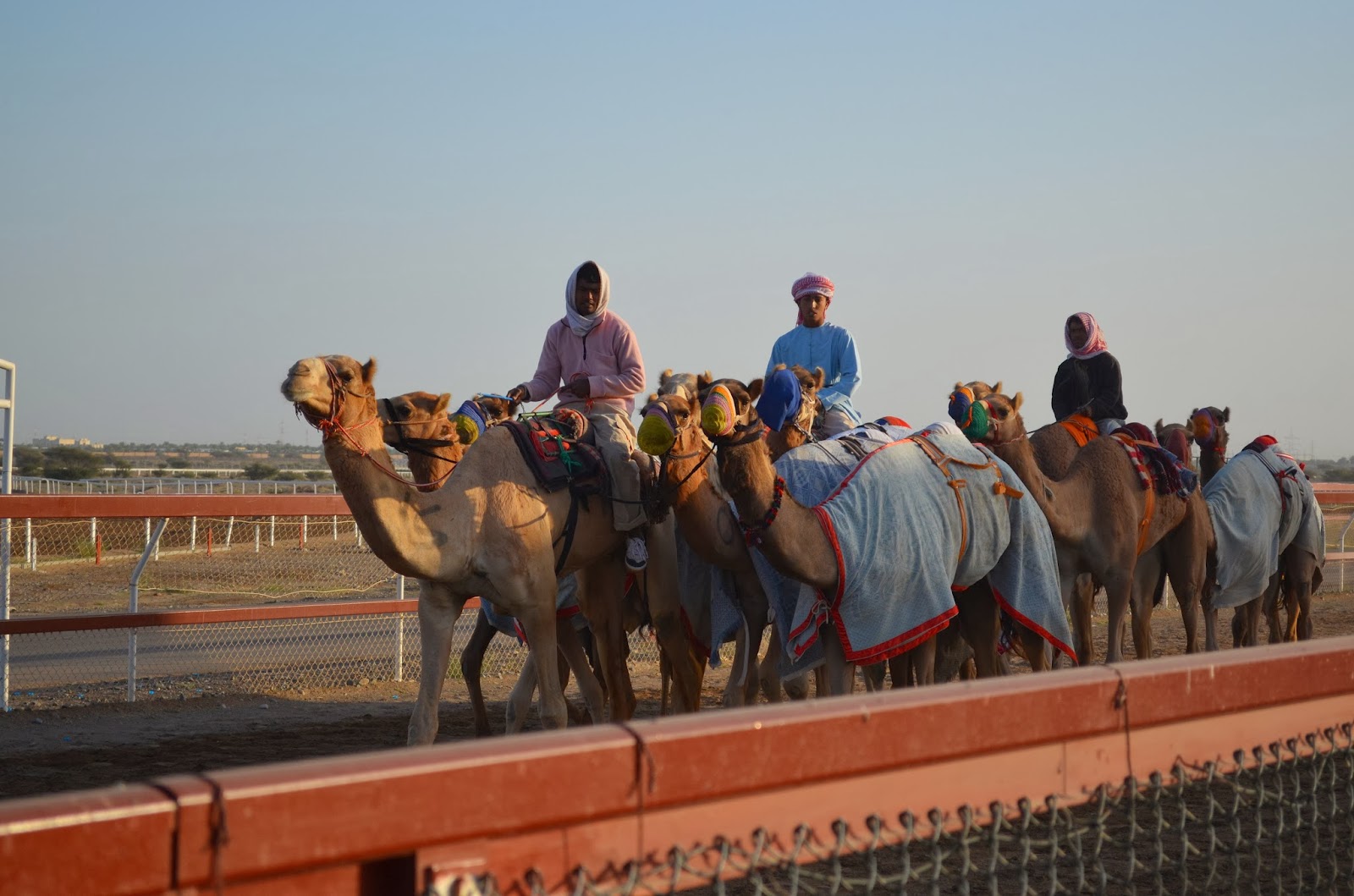 This is what we got...  It turns out that we had missed the first two races.  One more was scheduled, but no one was sure of the time.  Then, that race was cancelled.  Evidently, not enough camels showed up.  But the group in this picture graciously volunteered to stage an unofficial race just for our group!  We were very appreciative. 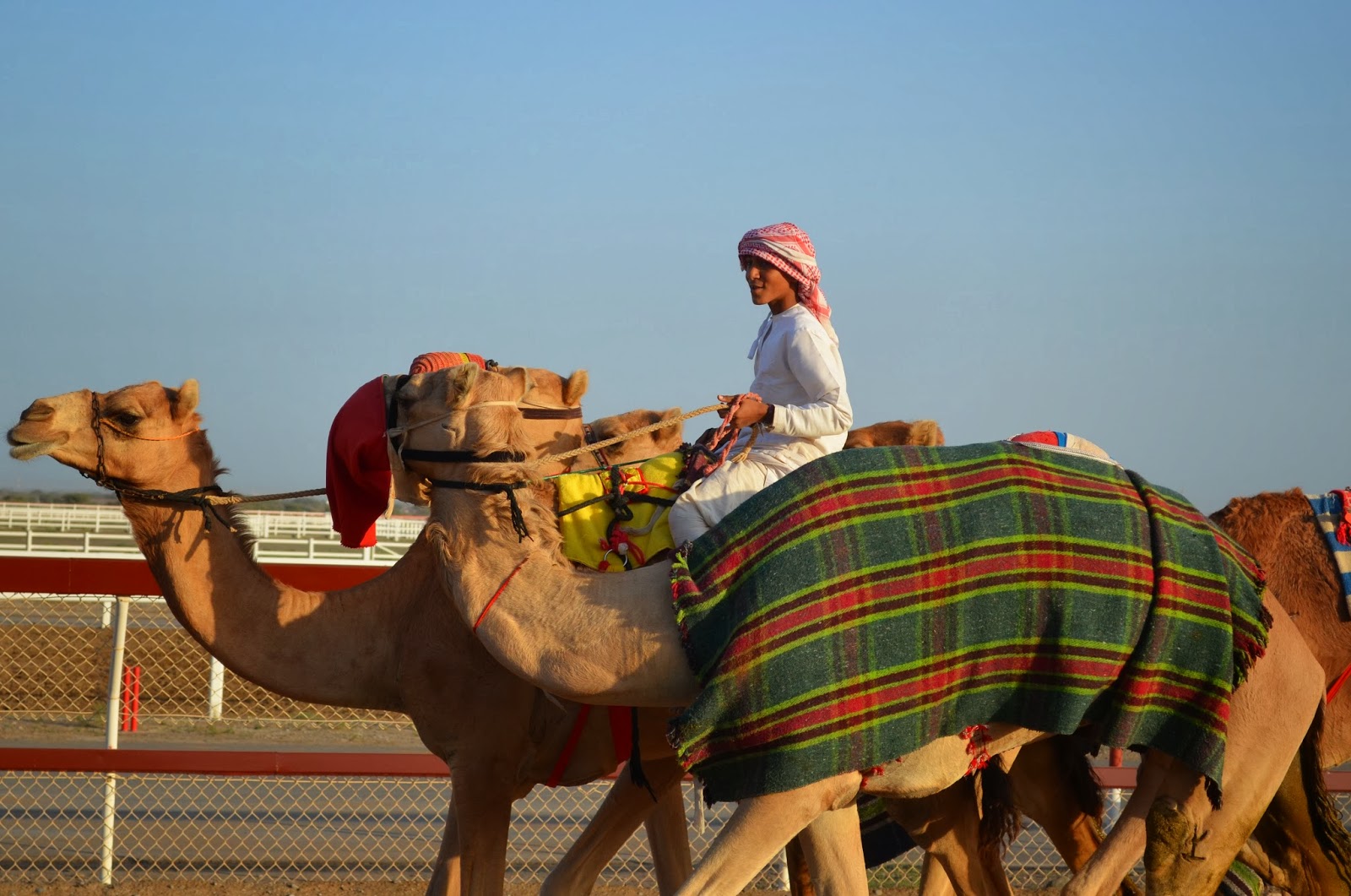 The camels were being moved from their pens to the starting line. 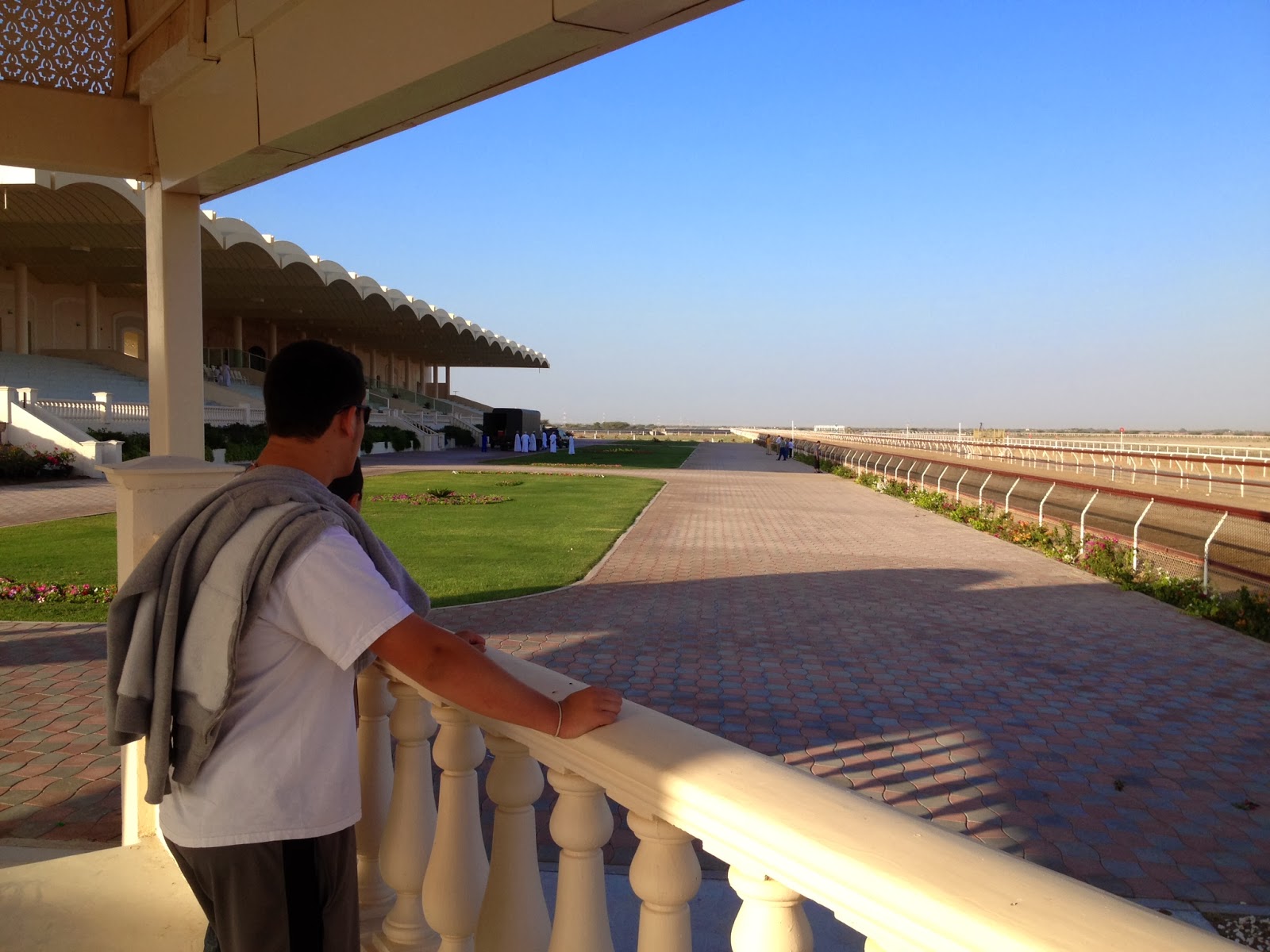 Waiting for the race to start. 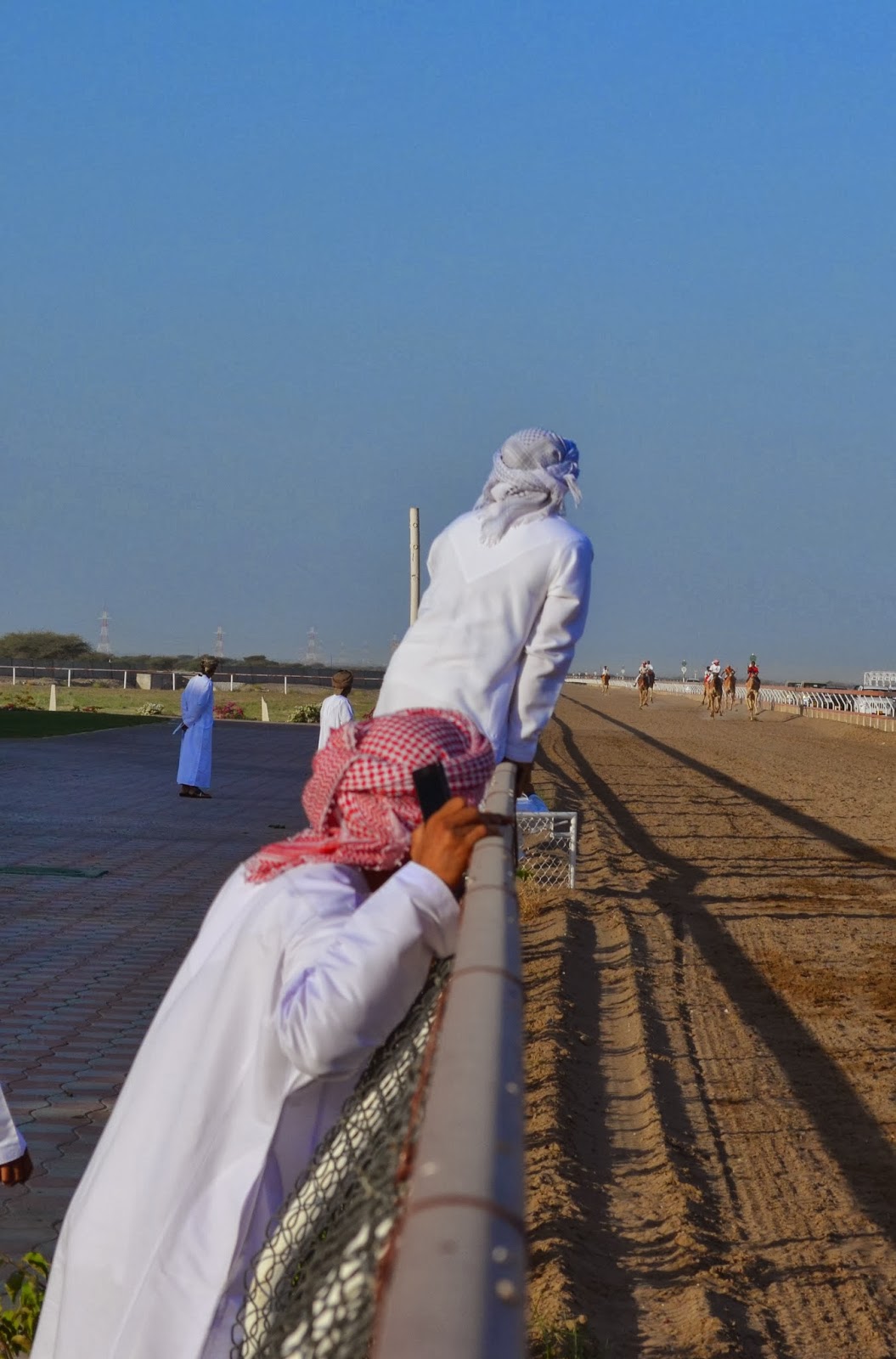 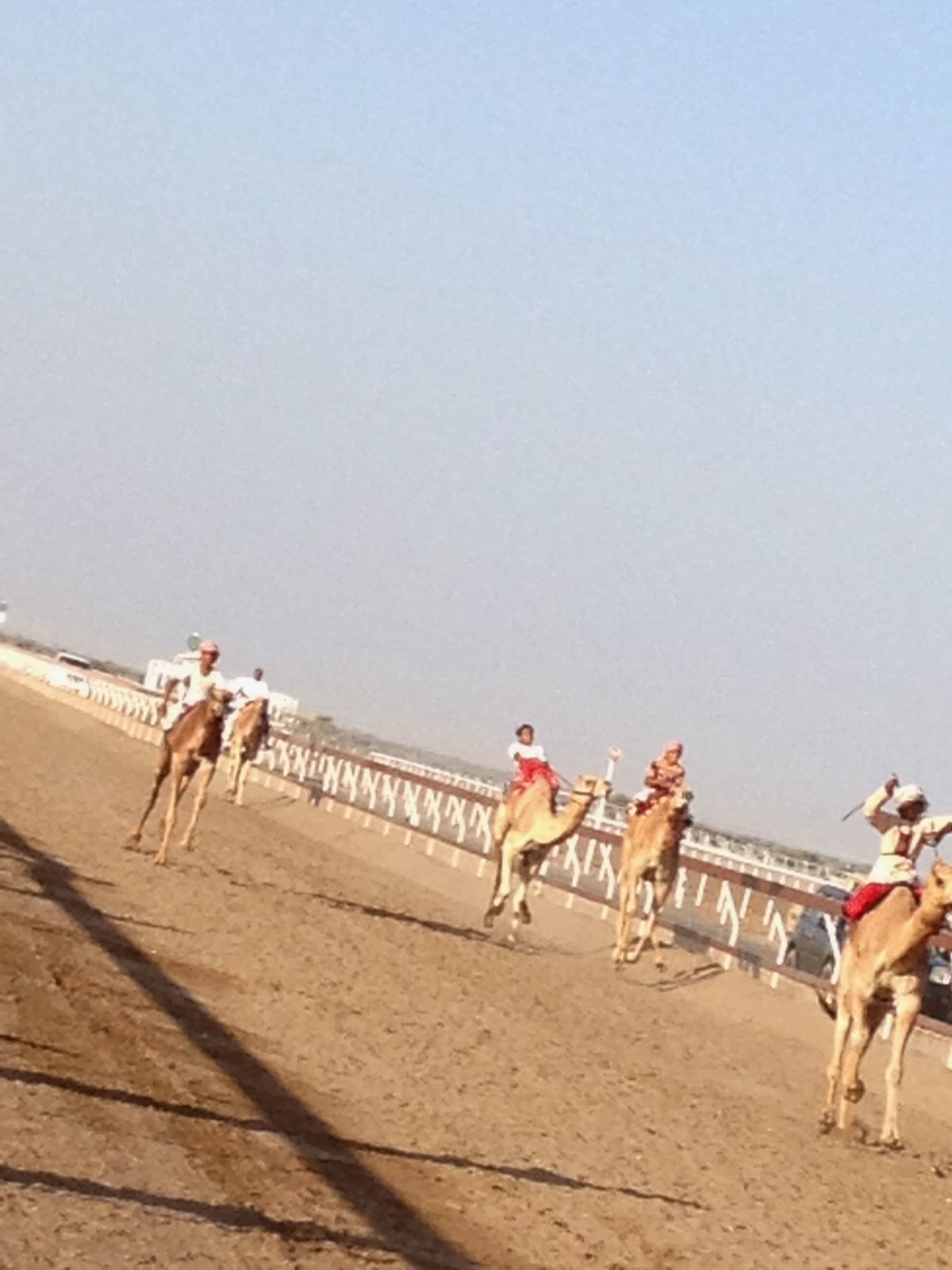 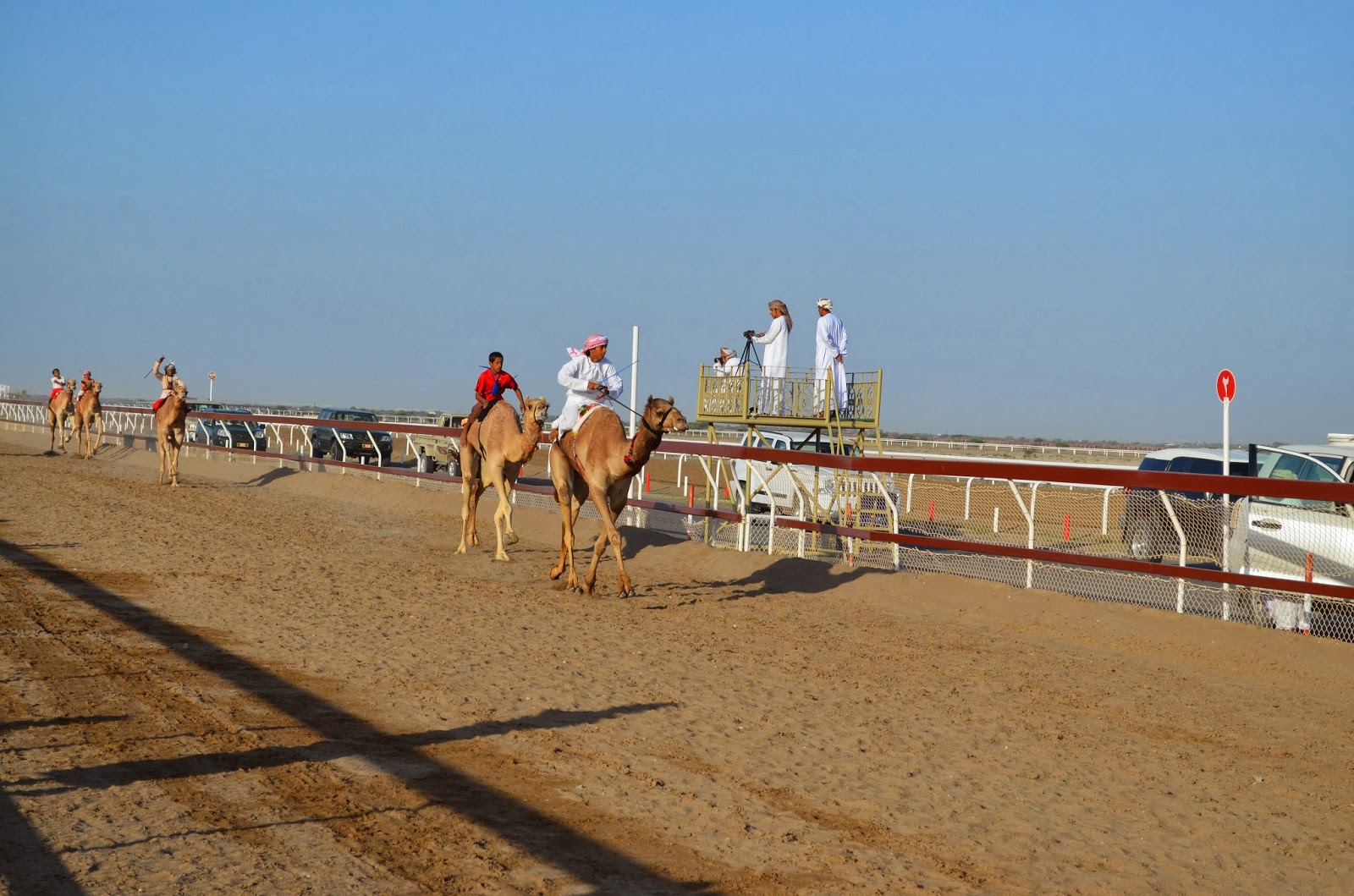 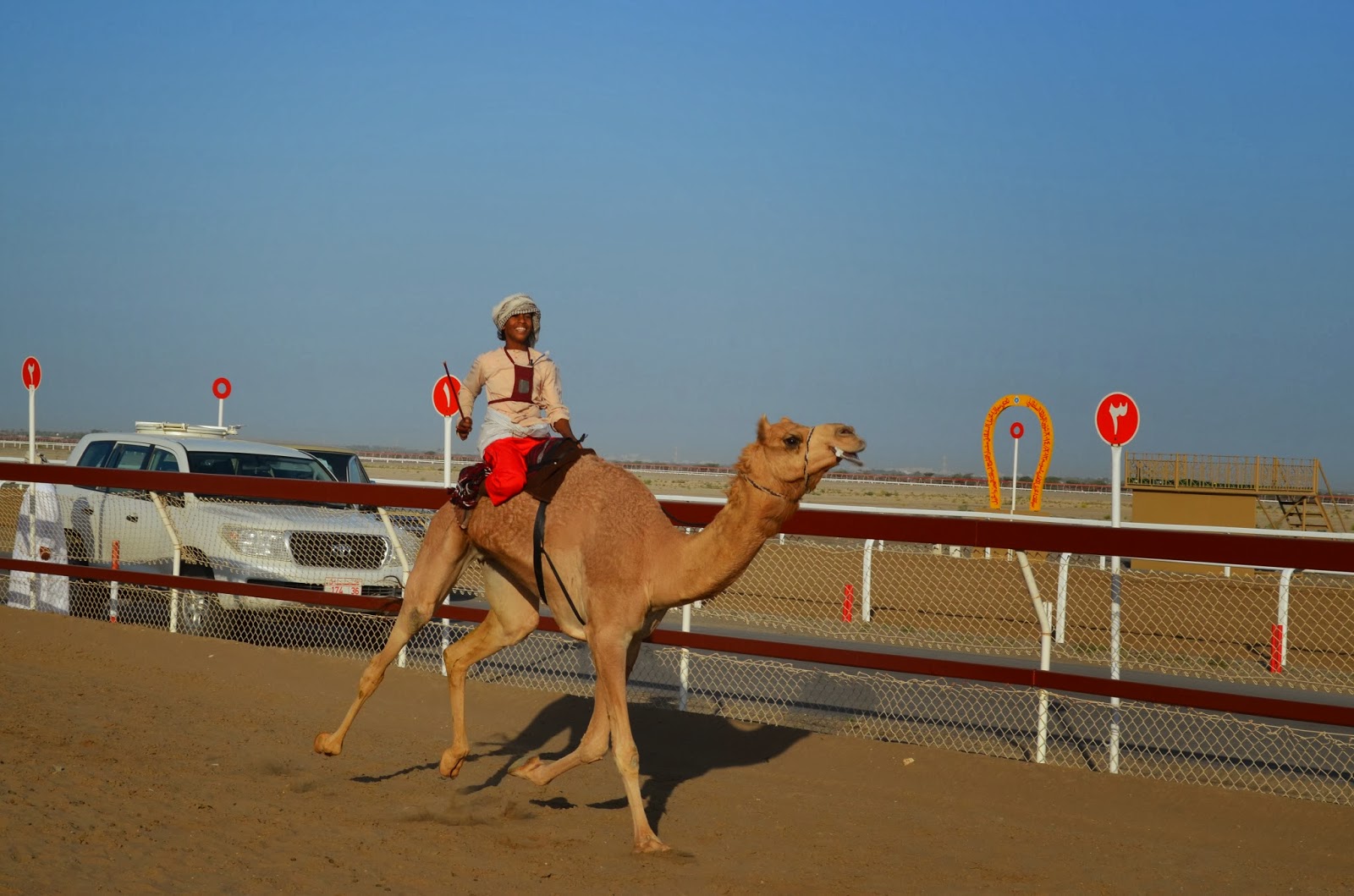 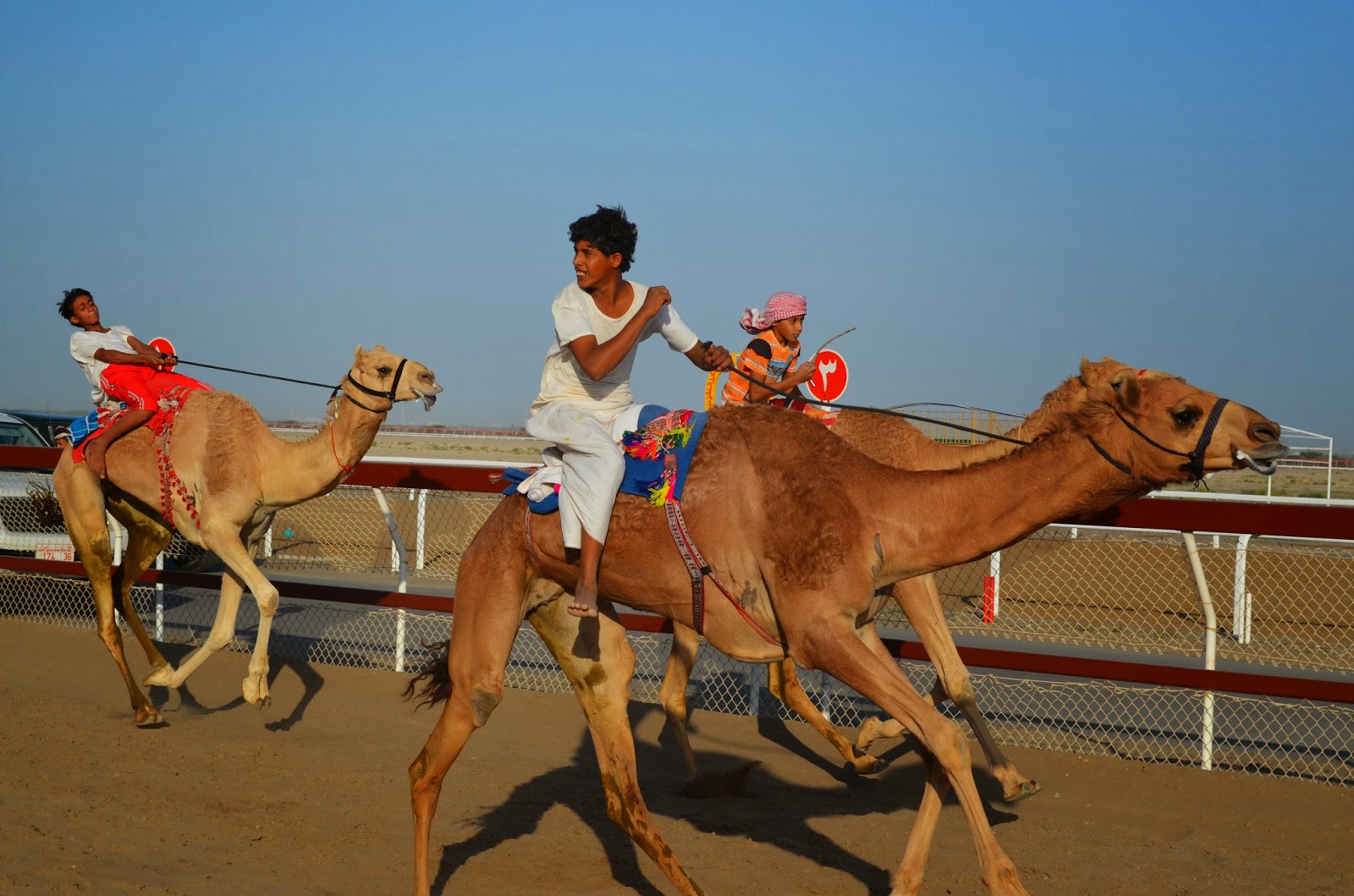 Like I said, this was an unofficial race.  The jockeys were these boys.  I am not sure what the boy on the left was trying to do.  Maybe avoid a camel collision?  I had a friend ask me if we placed bets on the camels.  Muslims don't believe in gambling, so we couldn't have placed a bet anyways. 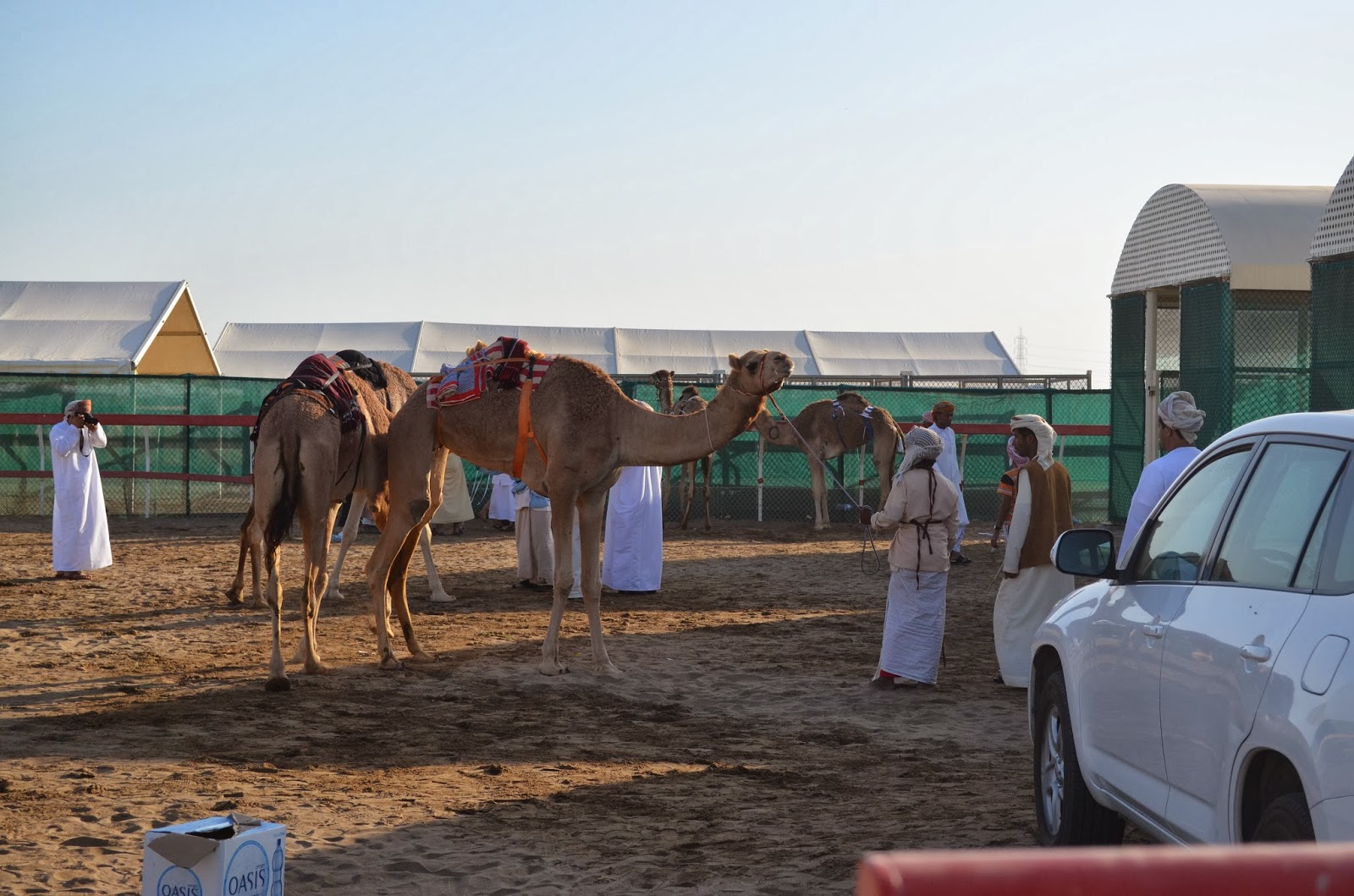 We were allowed in the camel enclosures after the race.  Everyone was very nice to us (we were a group of about 16 Americans). 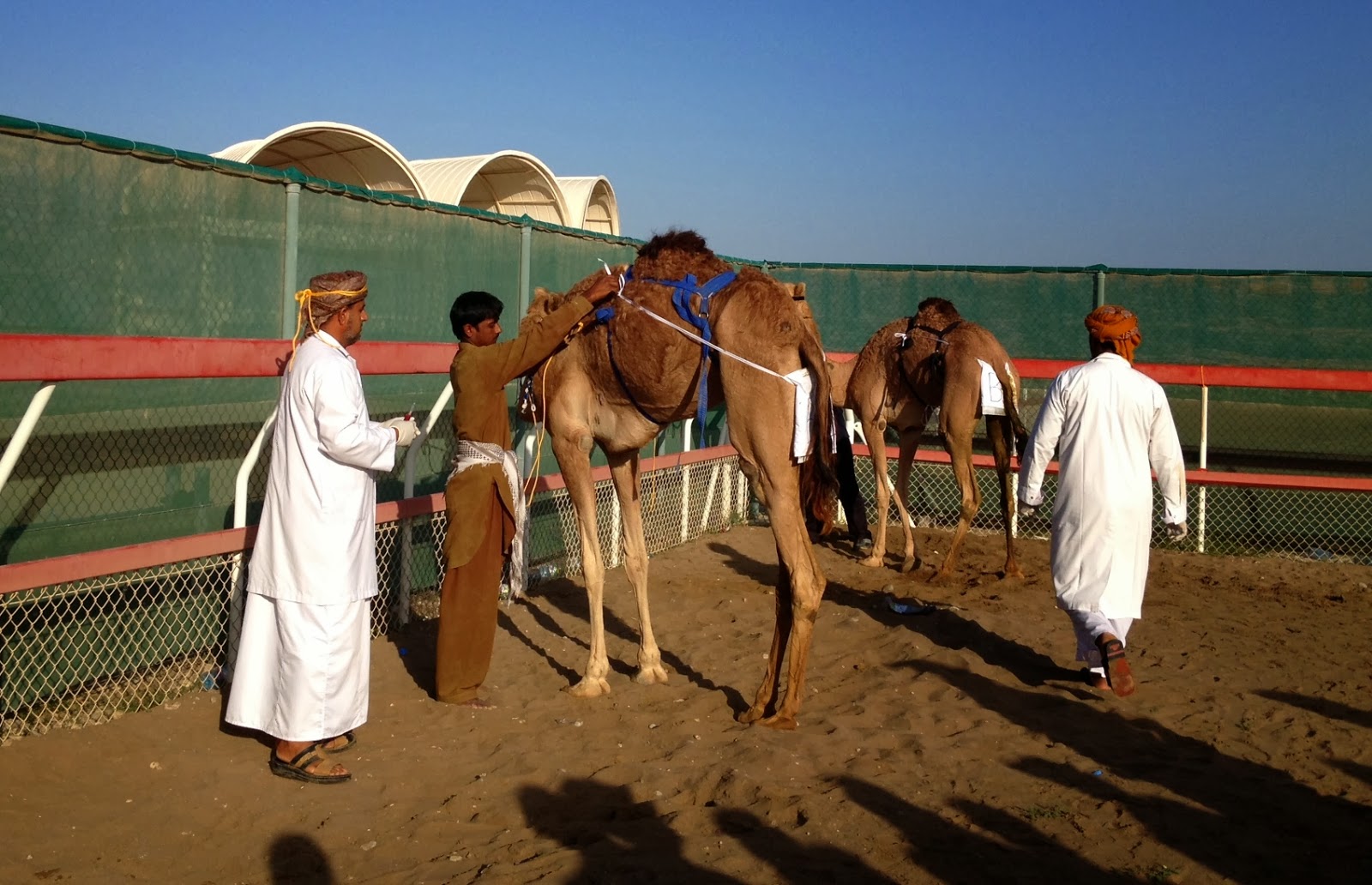 This camel was the winner.  I am assuming it was from an earlier race, not the one we saw.  The man on the left was taking a blood sample from the camel, to test for drugs.  Camel racing is serious business.  Oman has the reputation for the best racing camels and winners can fetch up to 200,000 Omani Rials, or $520,000!!!  So who is paying half a million dollars for these camels?  The sheiks of Dubai, Abu Dhabi, and Qatar. 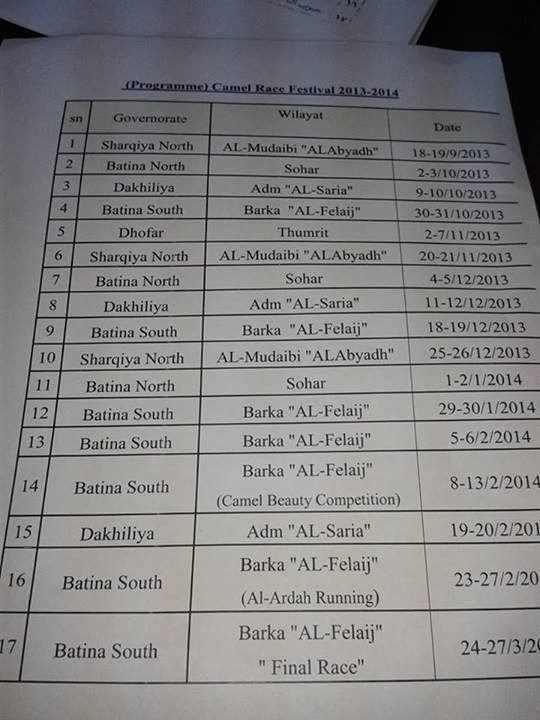 If you want to see a camel race of your own, here is the schedule found on the internet.  Or maybe you would like to see the Camel Beauty Competition in February.  Hope you have better success than we did.  But we still had a great time!  :)