We are not British.  Nor are we army.  But on April 18, Joe and I went to the British Army Ball, or the Thin Red Line Ball. 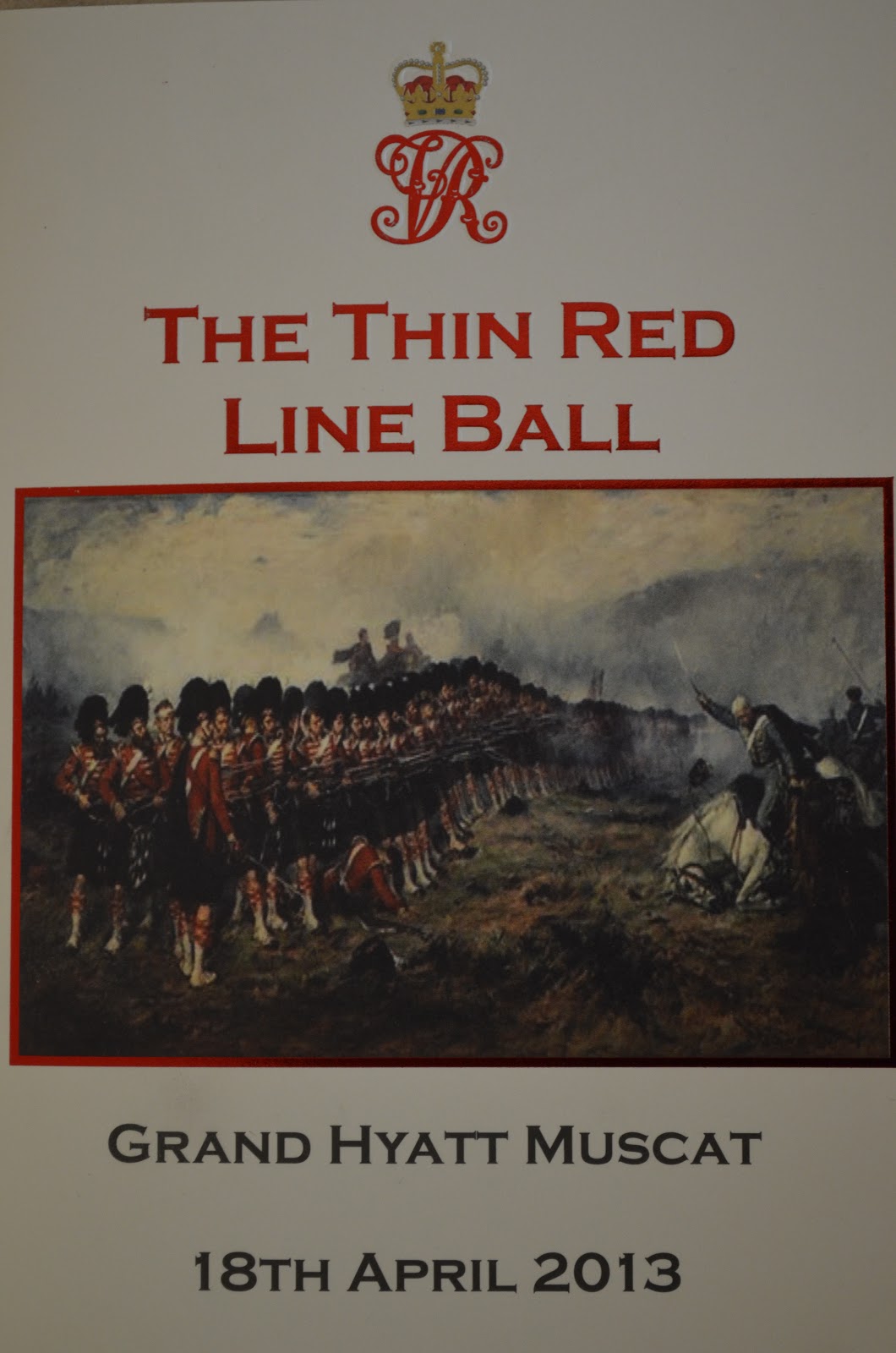 The "Thin Red Line" was the name given to this famous picture by the artist Robert Gibb.  It depicts the Battle of Balaclavia, in 1854.  This battle was between the Highlanders and the Russians. 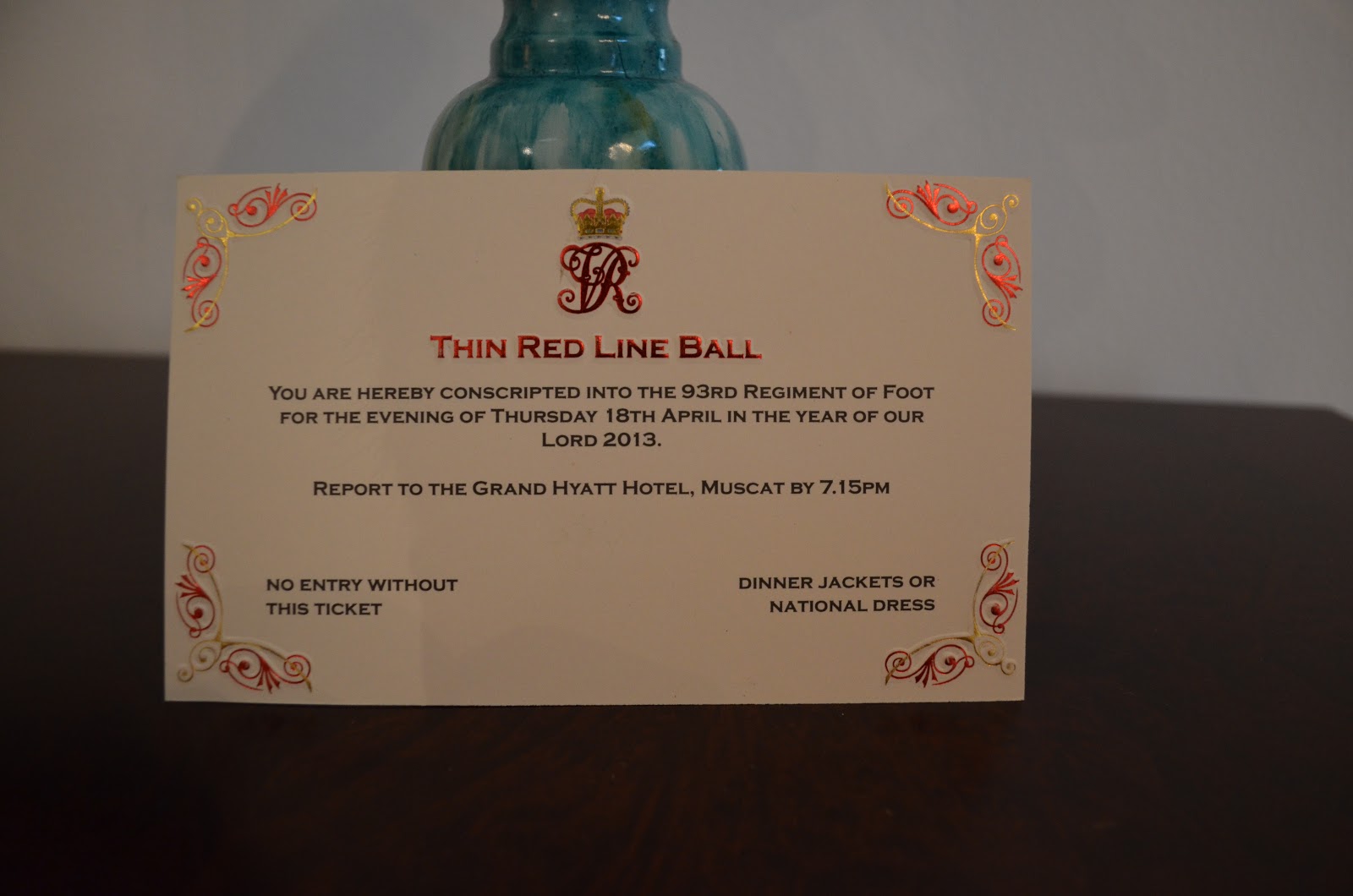 The dress code was Dinner Jacket or National Dress.  Let's just say that is something I never saw on an invitation in the US! 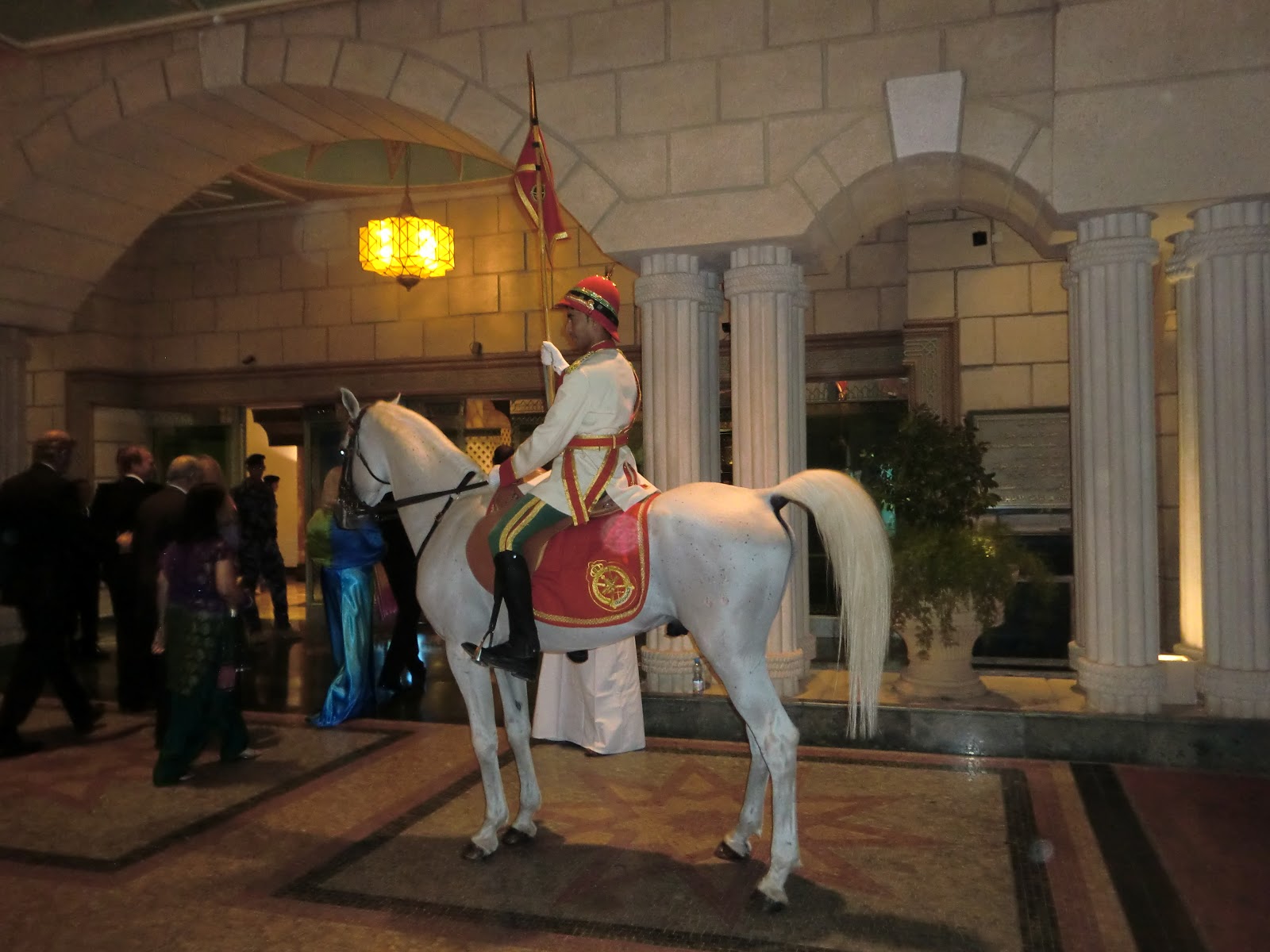 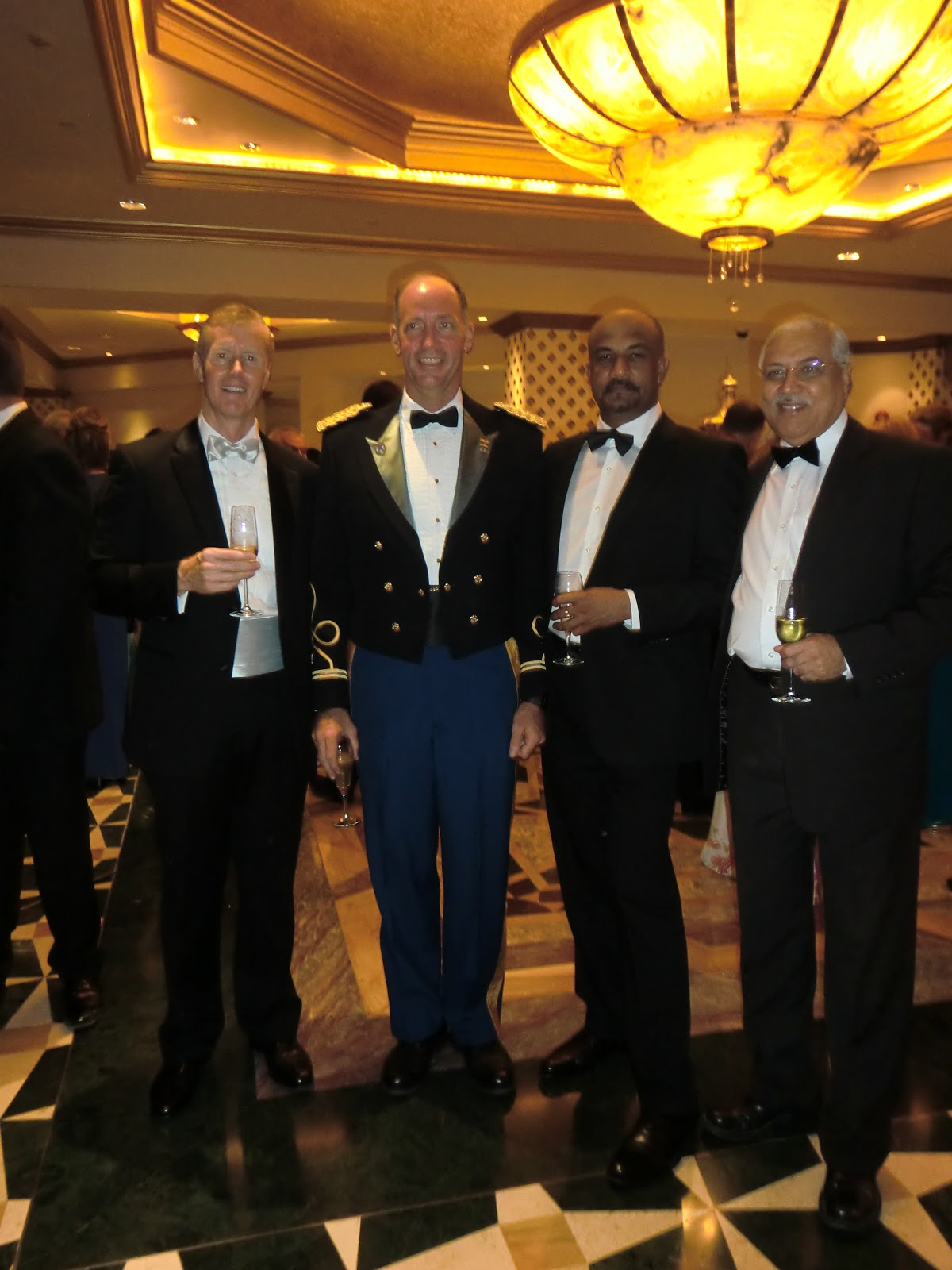 My husband, Joe, and three of our table mates.
﻿ 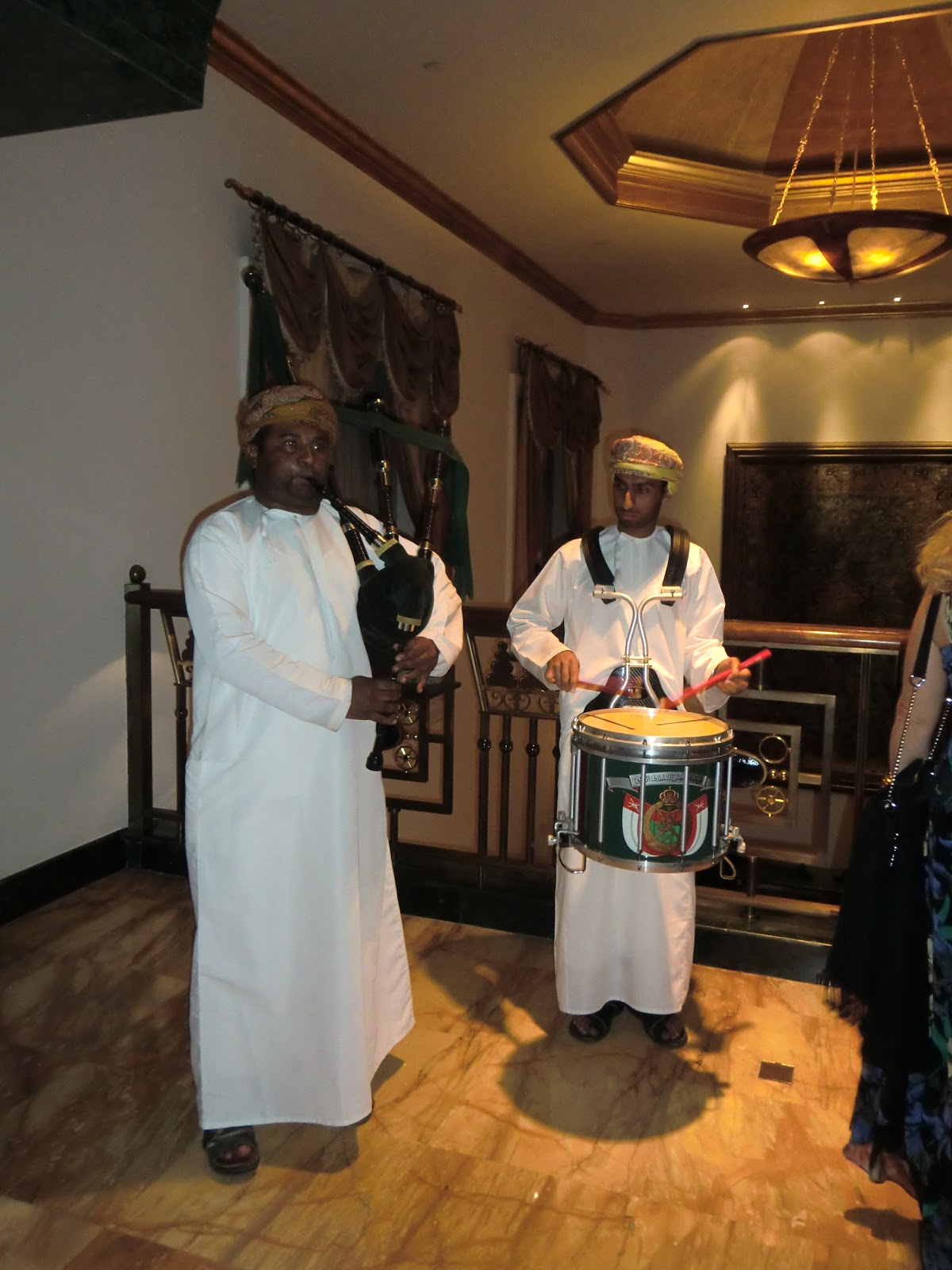 Bagpipes are a prominent part of the Band of the Royal Army of Oman, since Sultan Qaboos studied in the Royal Military Academy Sandhurst.  After his studies, the Sultan served in the British Army.
﻿ 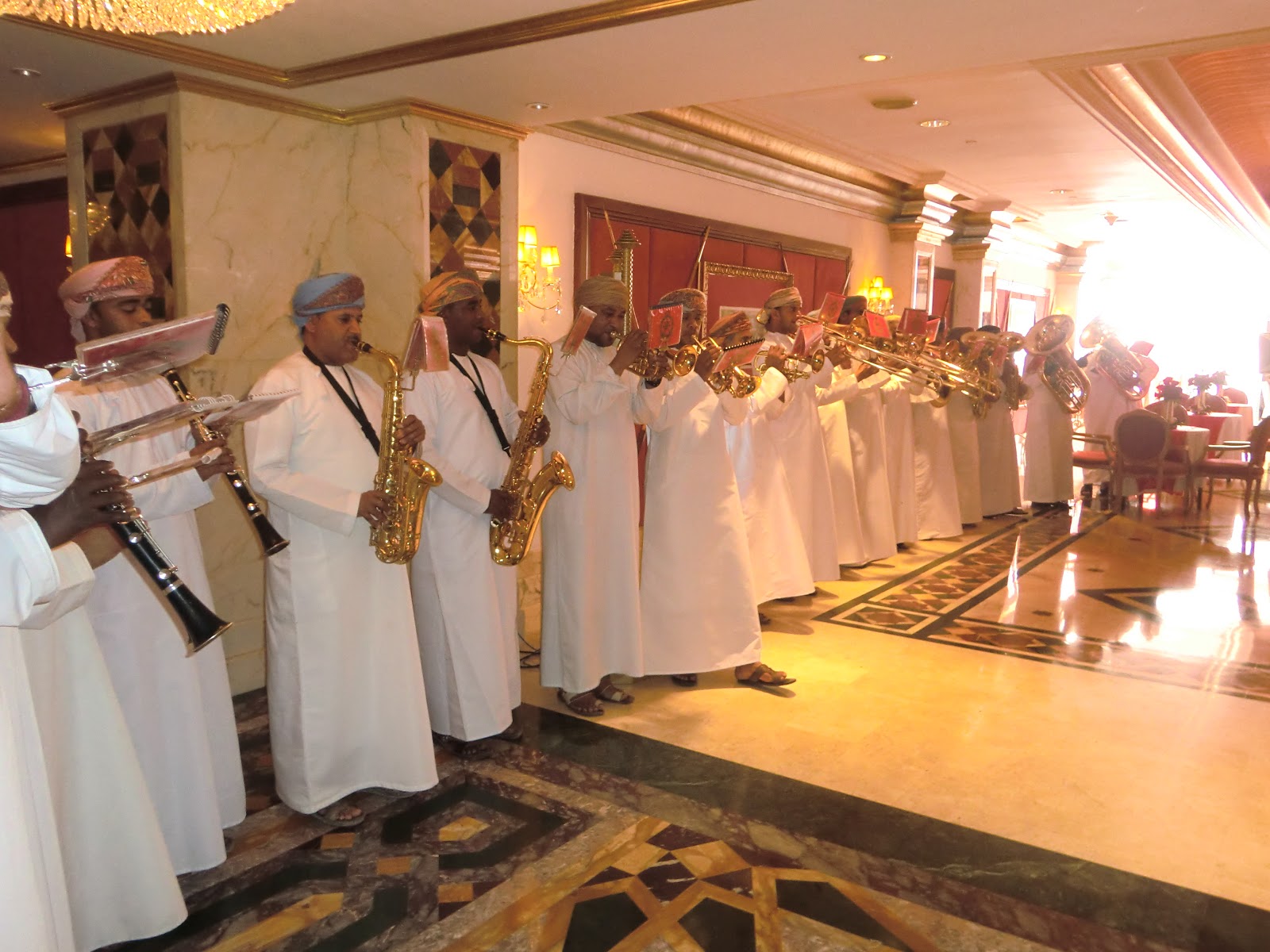 The band played for us as we walked into the ballroom.
﻿ 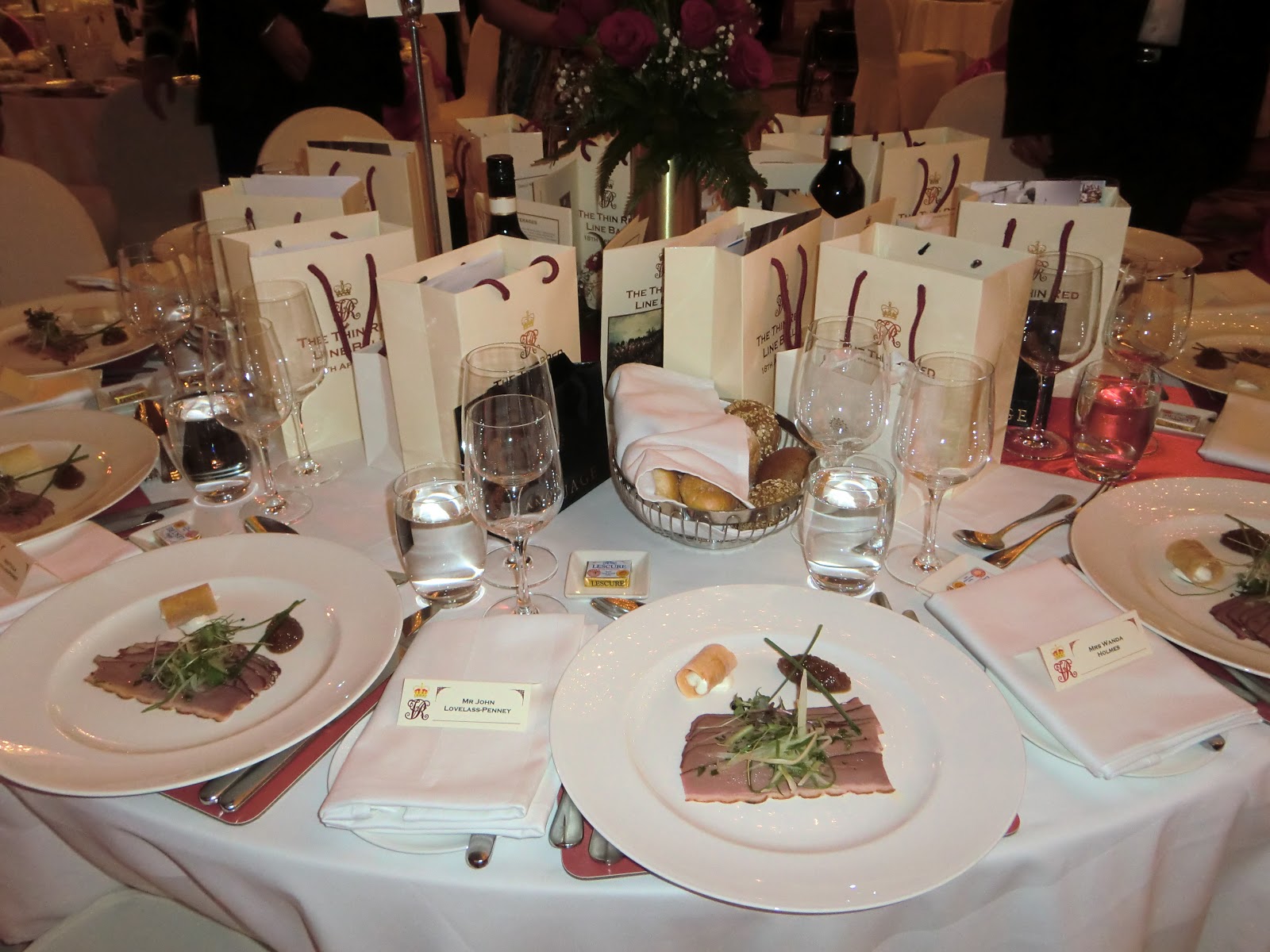 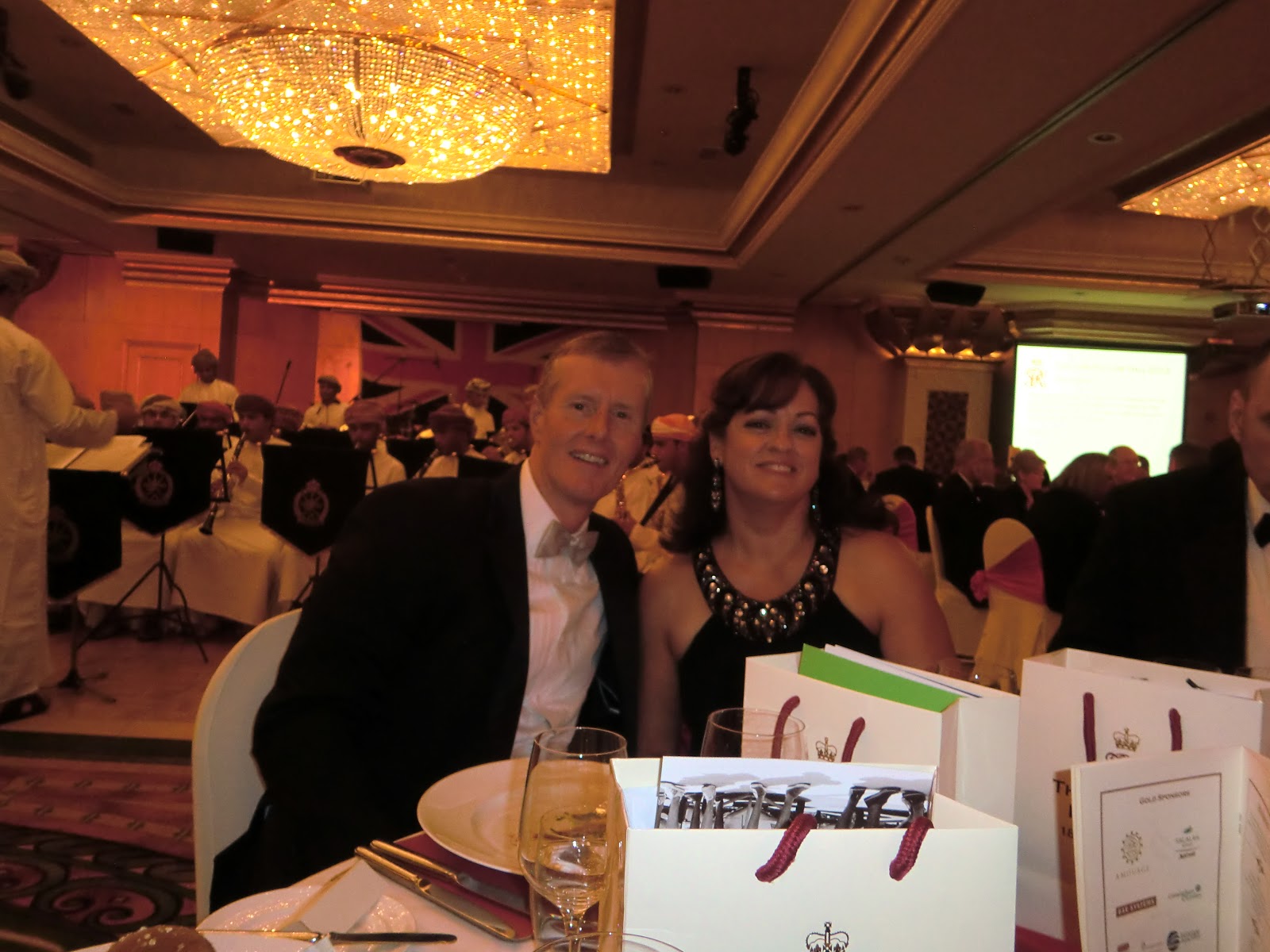 Some of these pictures are not great, but it is hard to fit a 35mm SLR camera in an evening bag!
﻿ 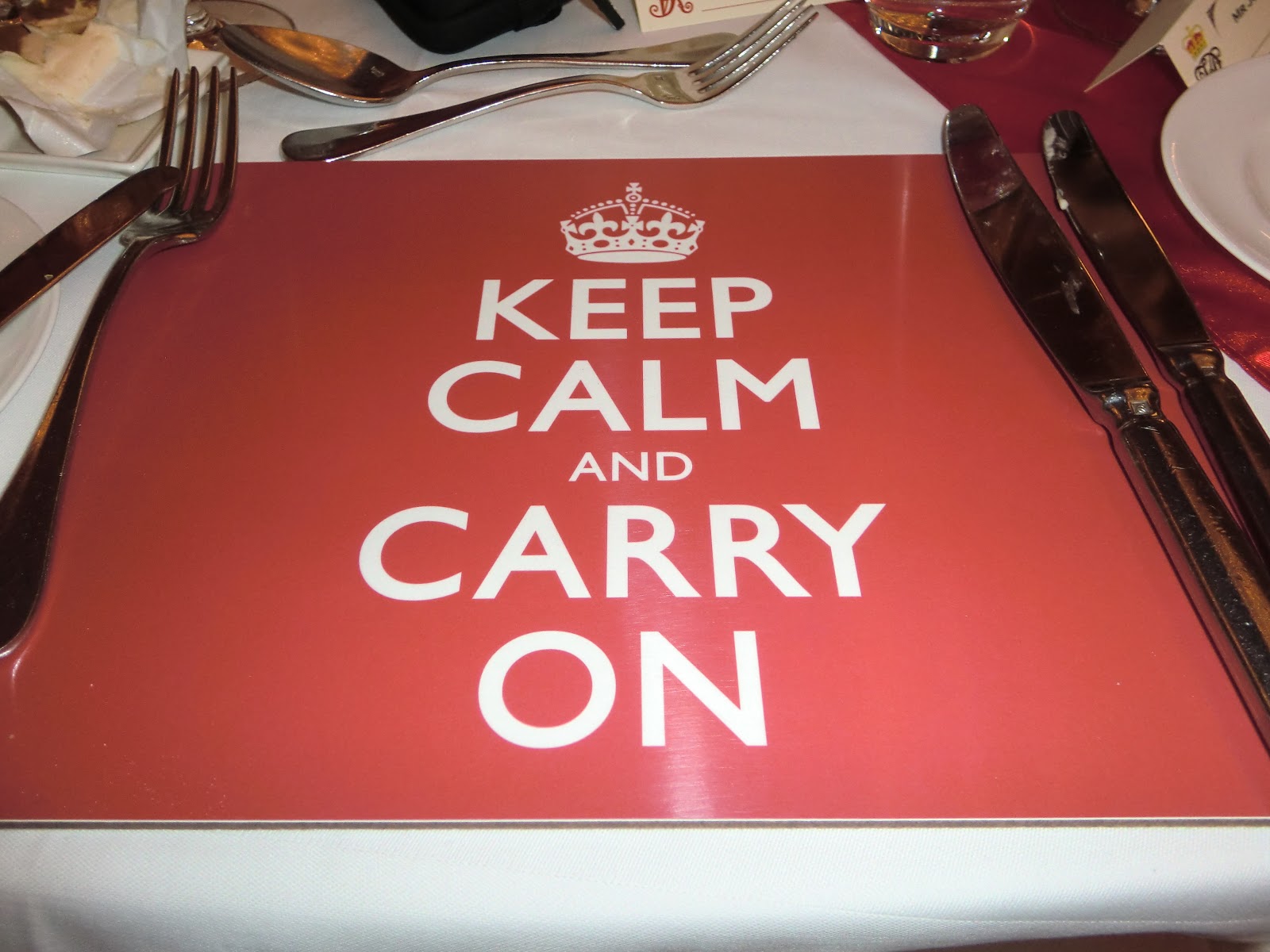 Our place mats.  They were won by the only British lady at the table. 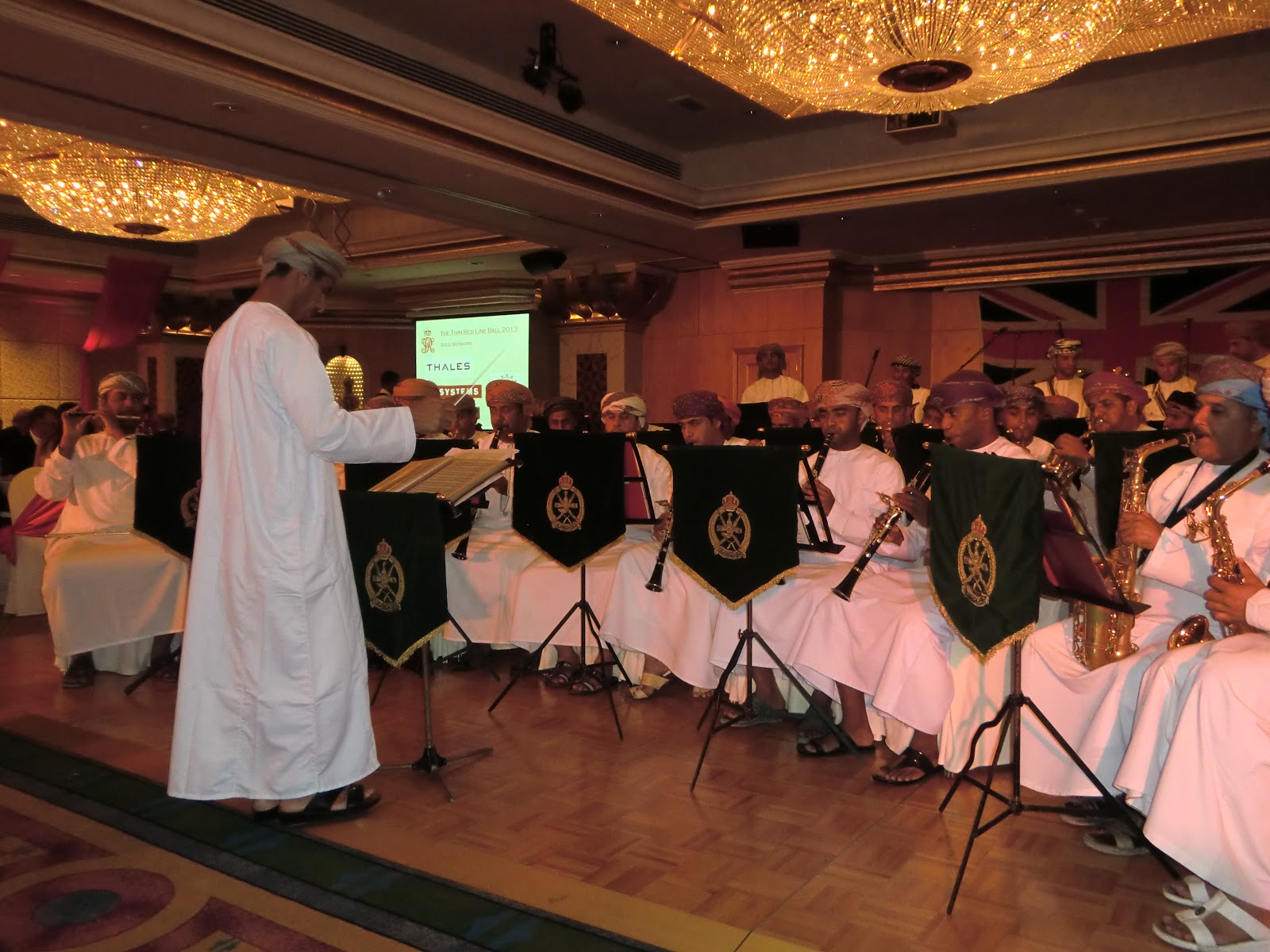 Our dinner entertainment.  This is the only event outside of Omani events where the Royal Army Band performs.
﻿ 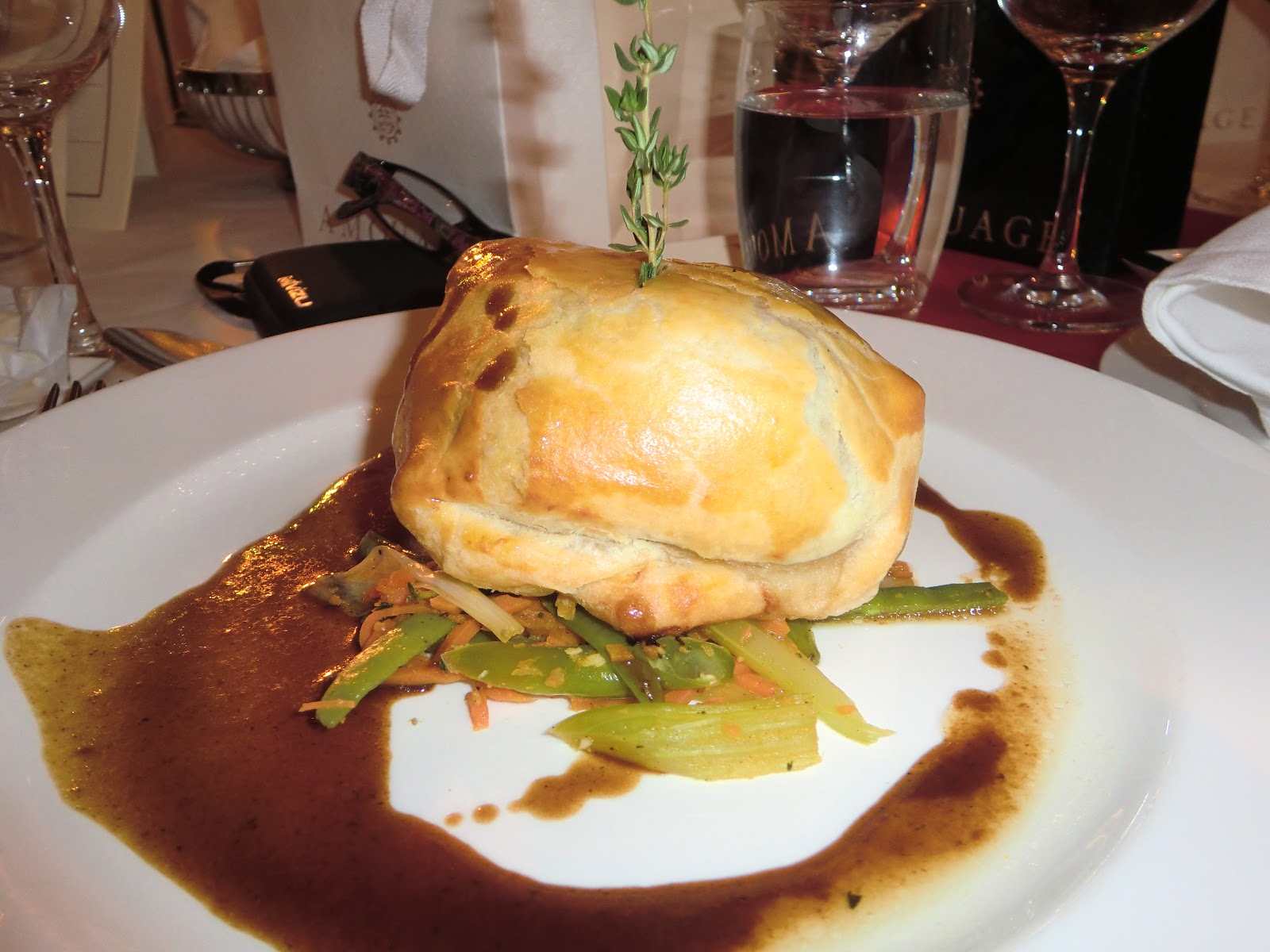 Can't get much more British than Beef Wellington.  It was delicious!
﻿ 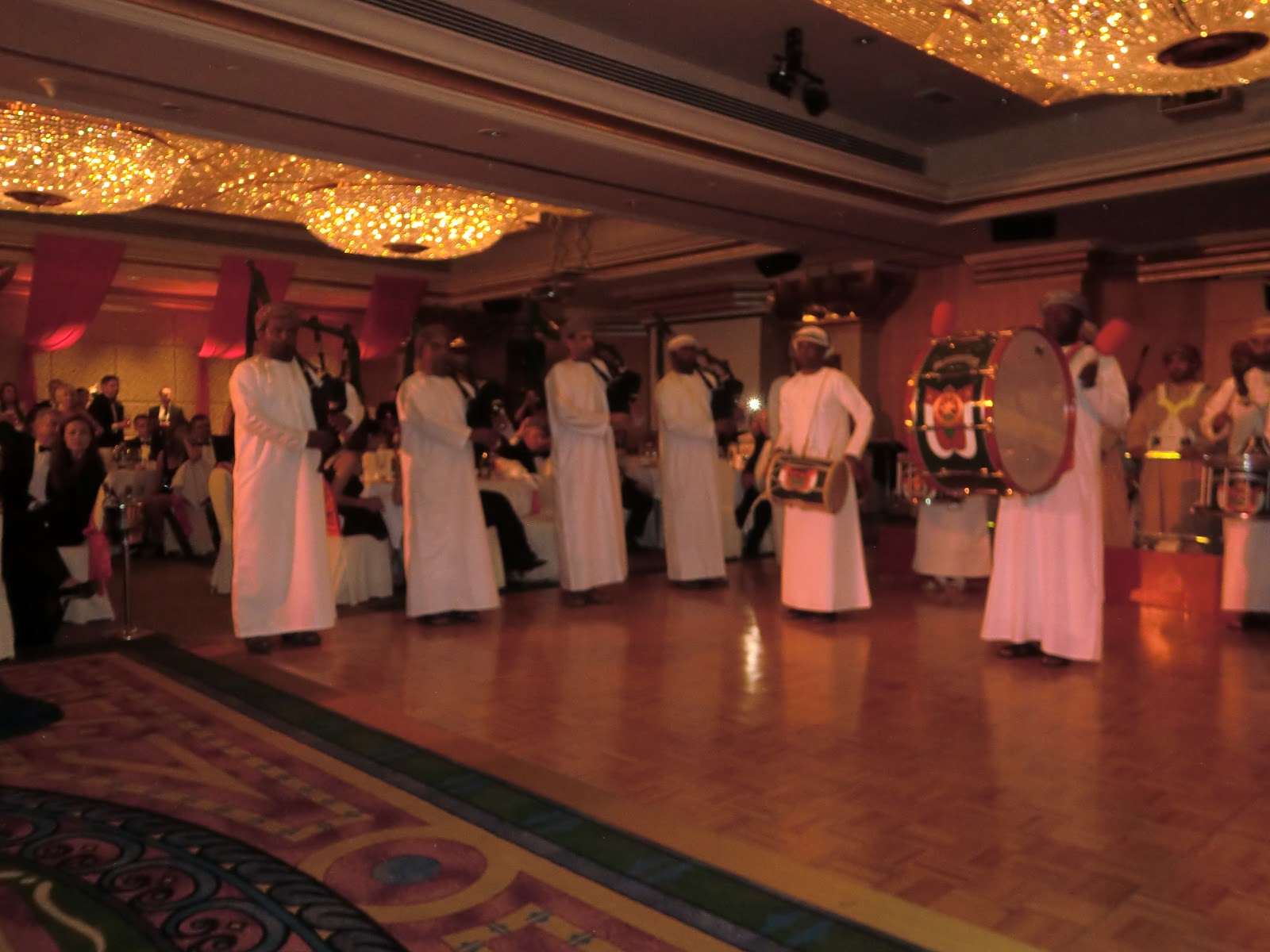 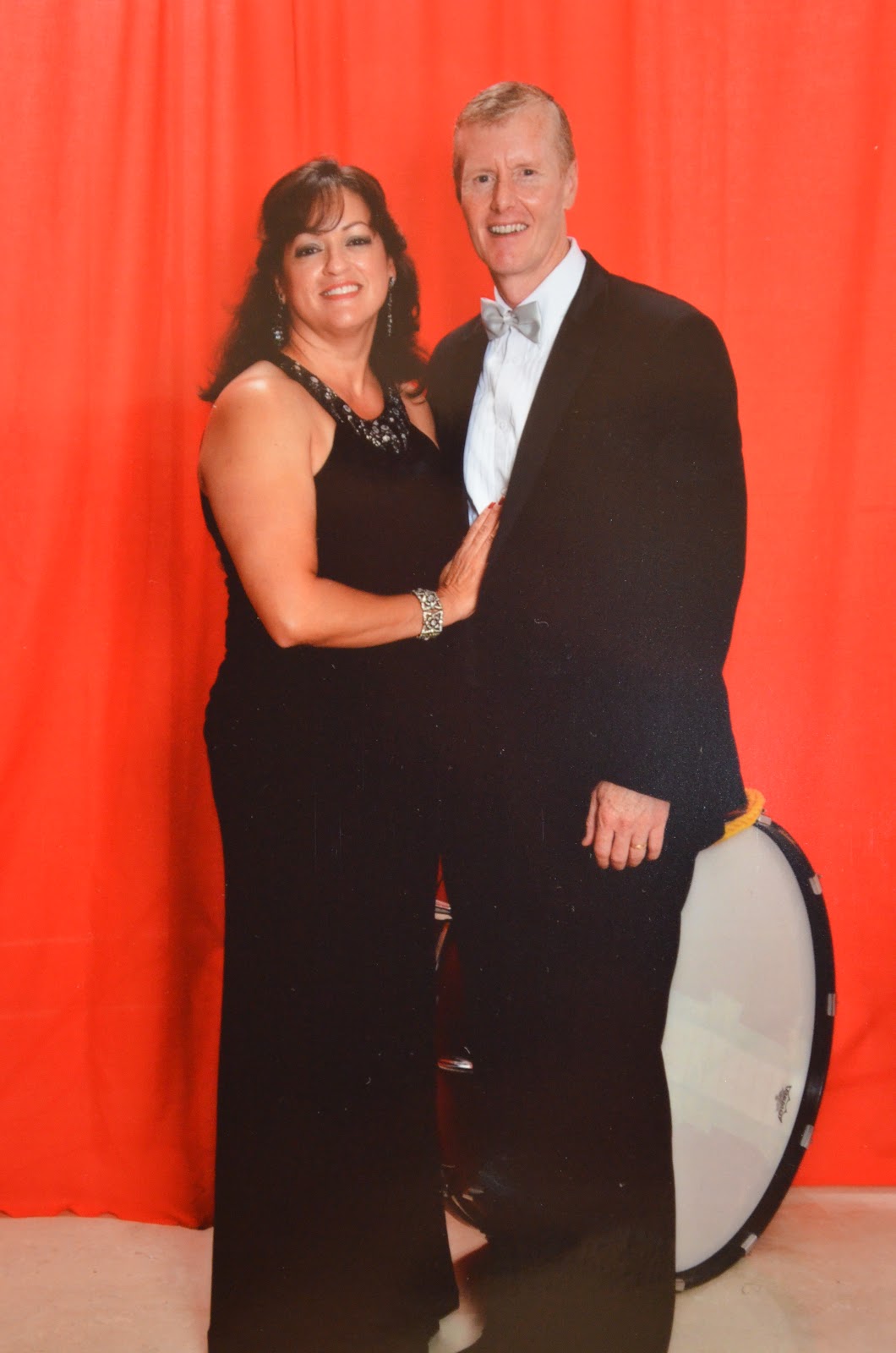 By the way, did I mention that this was the first formal I have attended since my senior prom??  This is a far cry from lavender chiffon ruffles and baby's breath in my hair.  If I hadn't left my pictures behind in storage, I would have posted it!  :)
Good thing we took this picture before the dancing started!  It was a lot of fun.  But Joe and I had to leave the ball early, to take Savannah to the aiport for her school trip to Turkey.  Look for those details in my next blog post.﻿