After my last post, this is going to seem pretty tame.  Which it was.  :)  We spent a day in the Cotswolds, a range of hills not far from London.  We were wanting a change of scenery from the city and wanted to see some of the countryside.  Our good friends and hosts in October, Mike and Rachel, drove us around for the day. 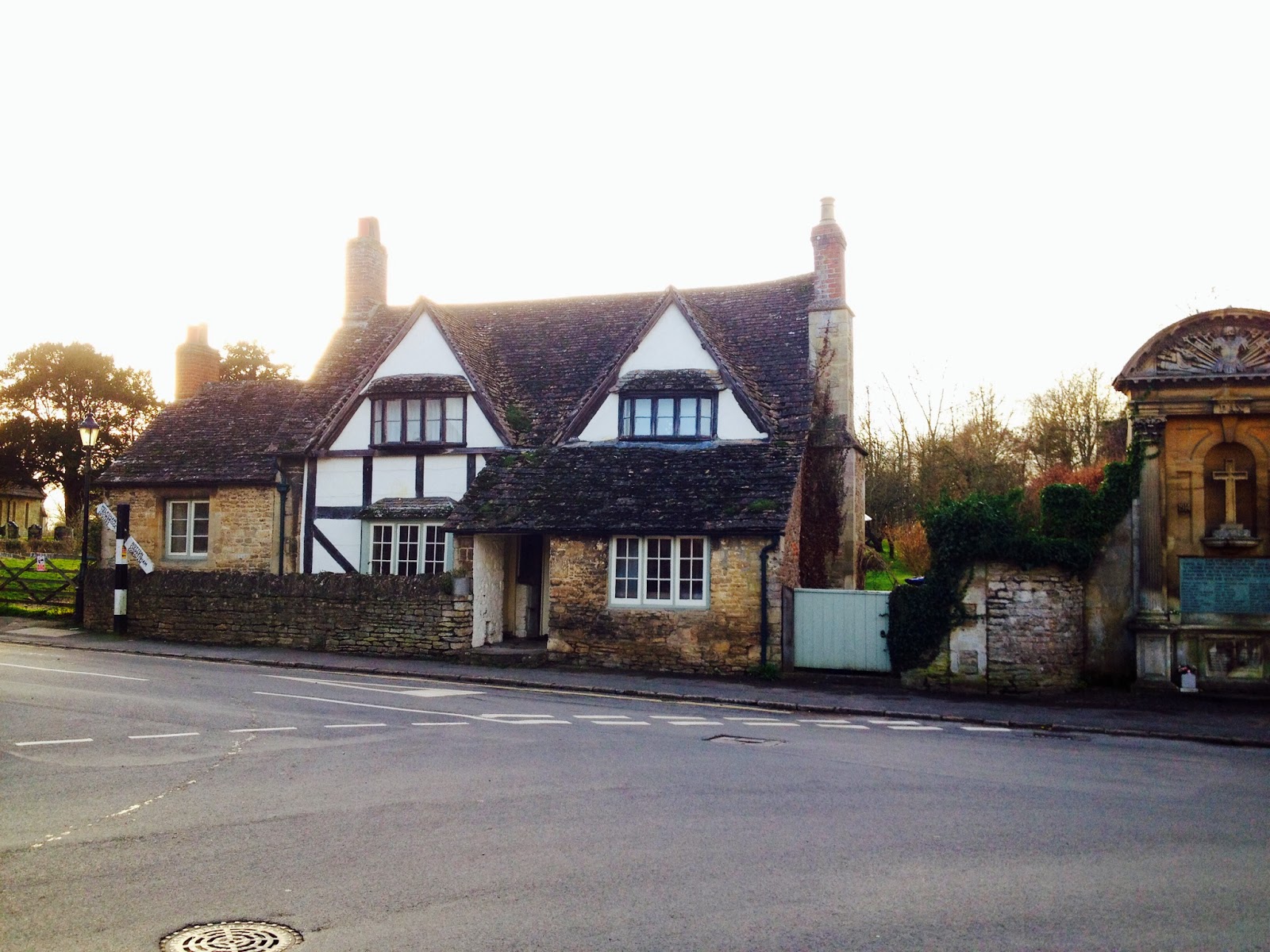 It seemed like everywhere we looked, there was a charming cottage.  I think 'charming' was the word of the day! 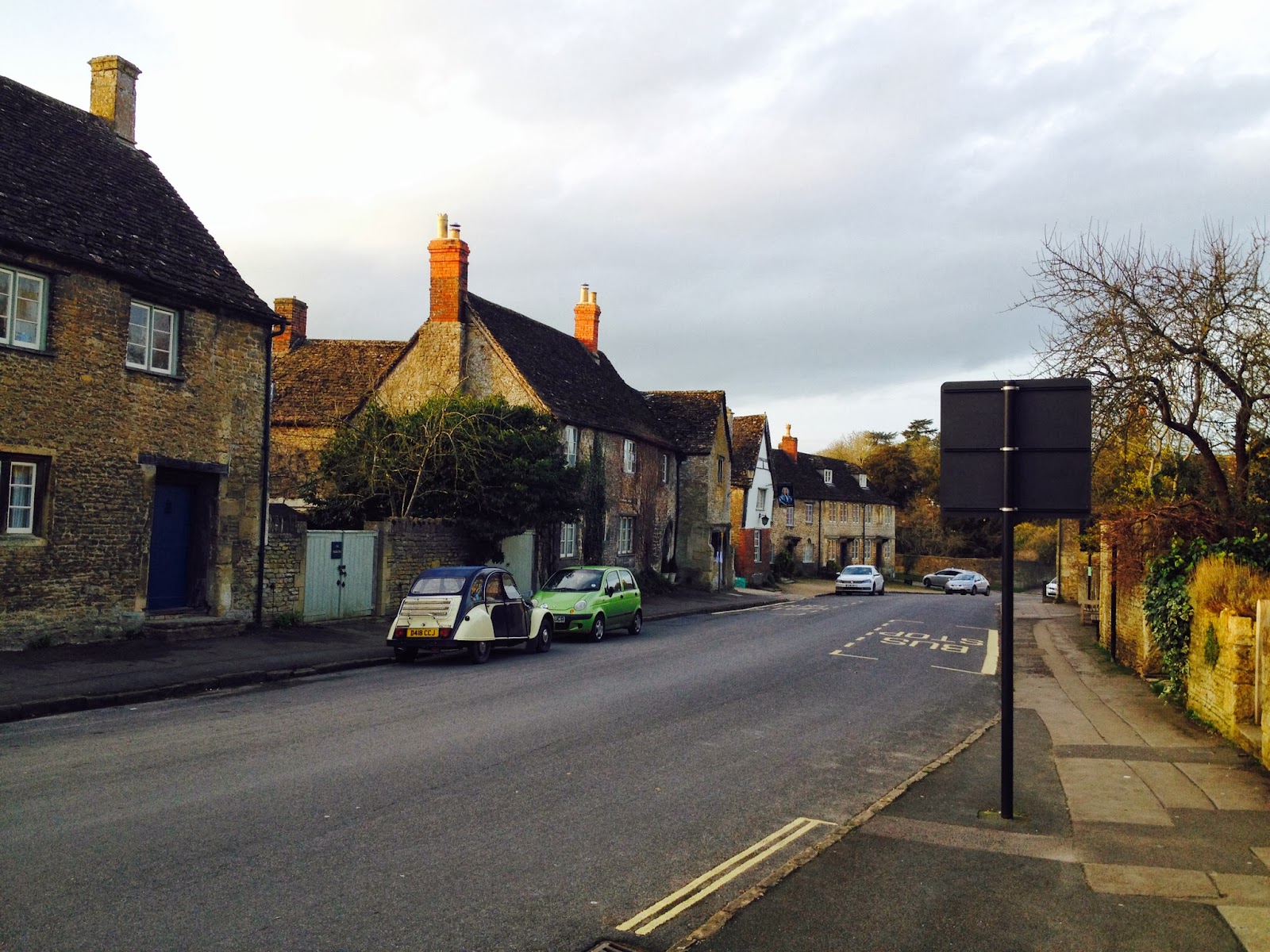 Most of the buildings are made of Cotswold stone, from the area. 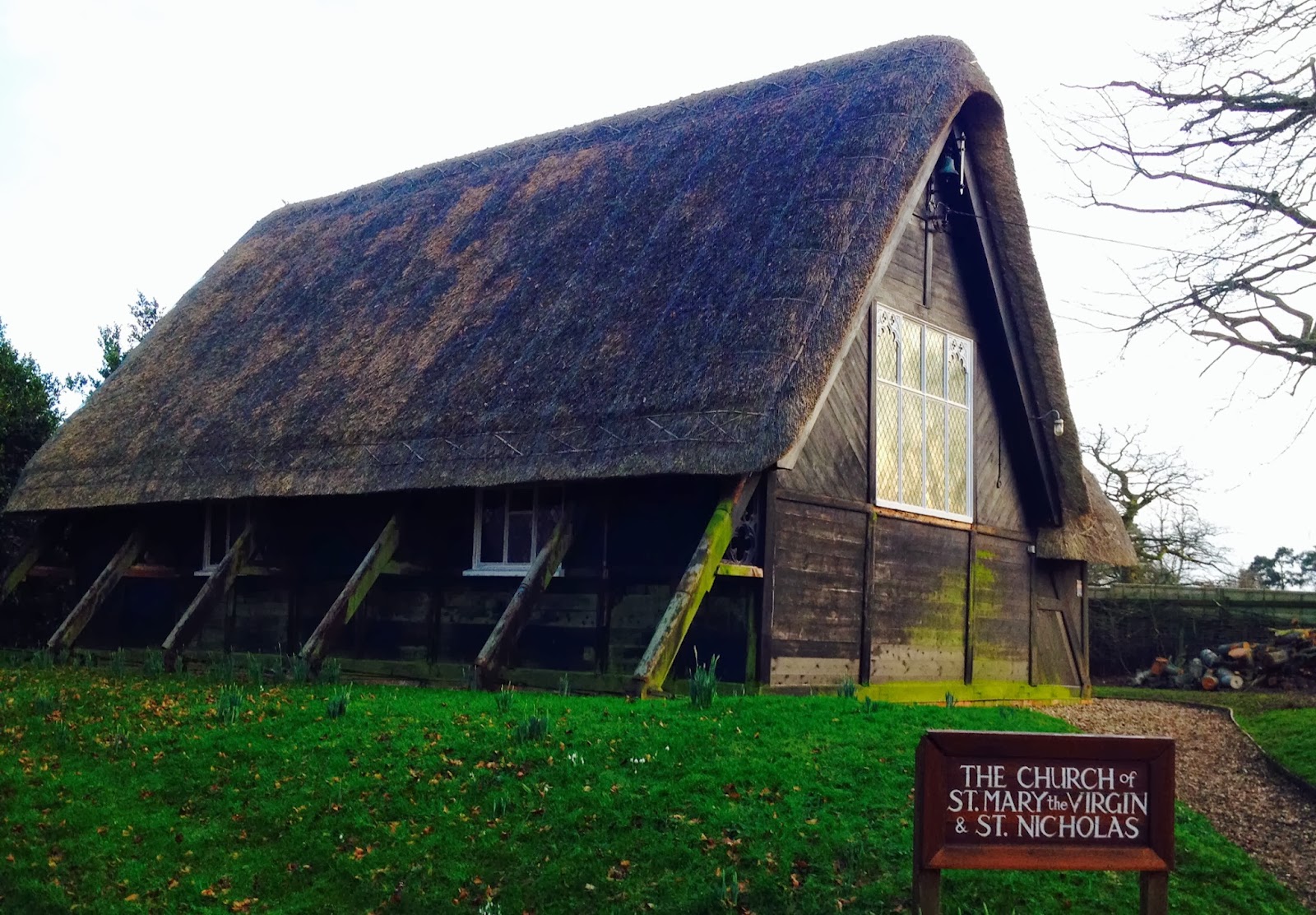 At first, we saw mainly slate roofs on the buildings.  Then we started see in some thatched roofs.  Rachel told us that she has never seen a thatched roof on a church, but here we are! 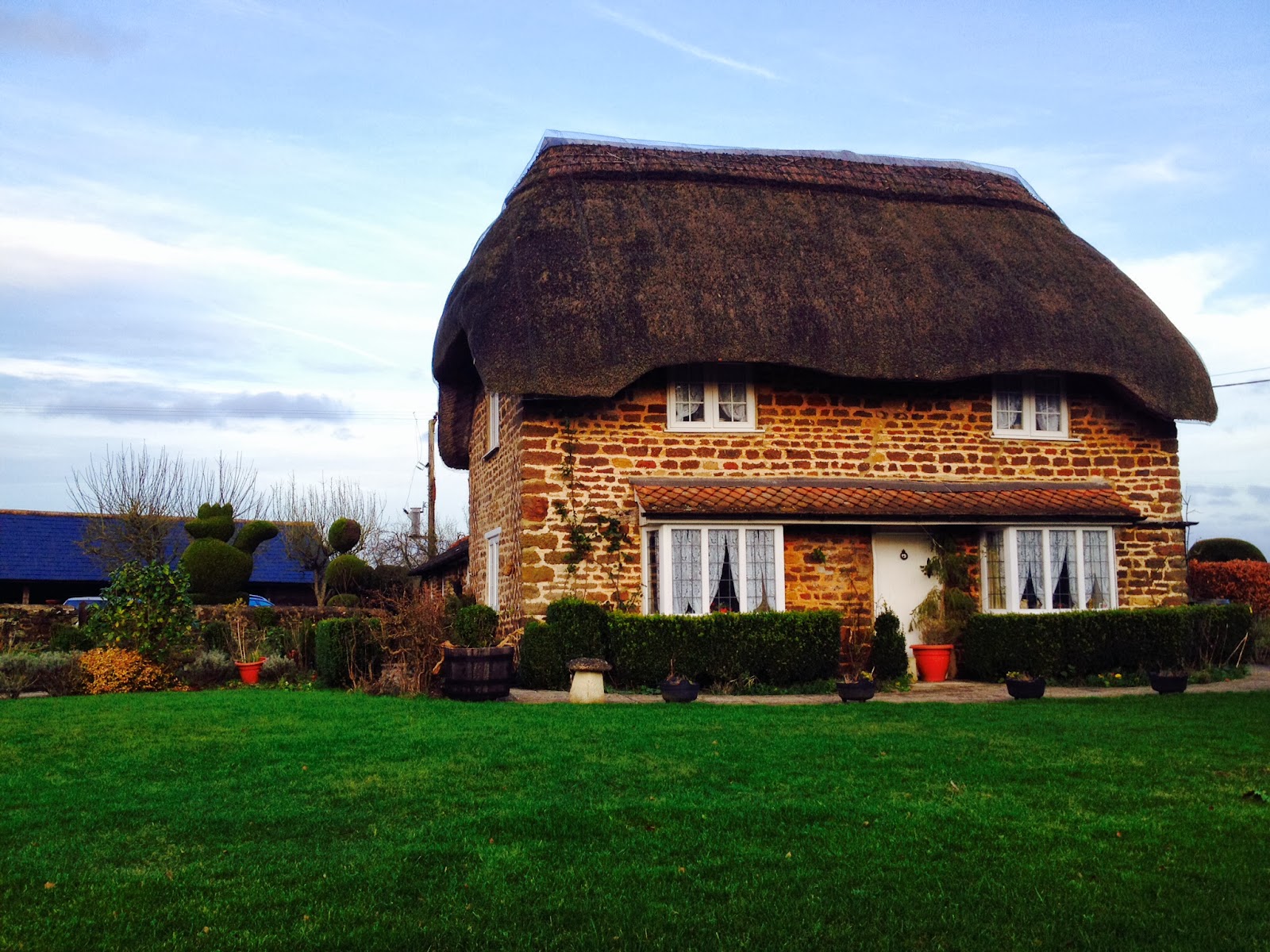 This was one of my favorite thatched cottages.  It is hard to tell, but those are two huge topiary bushes to the left of the house. 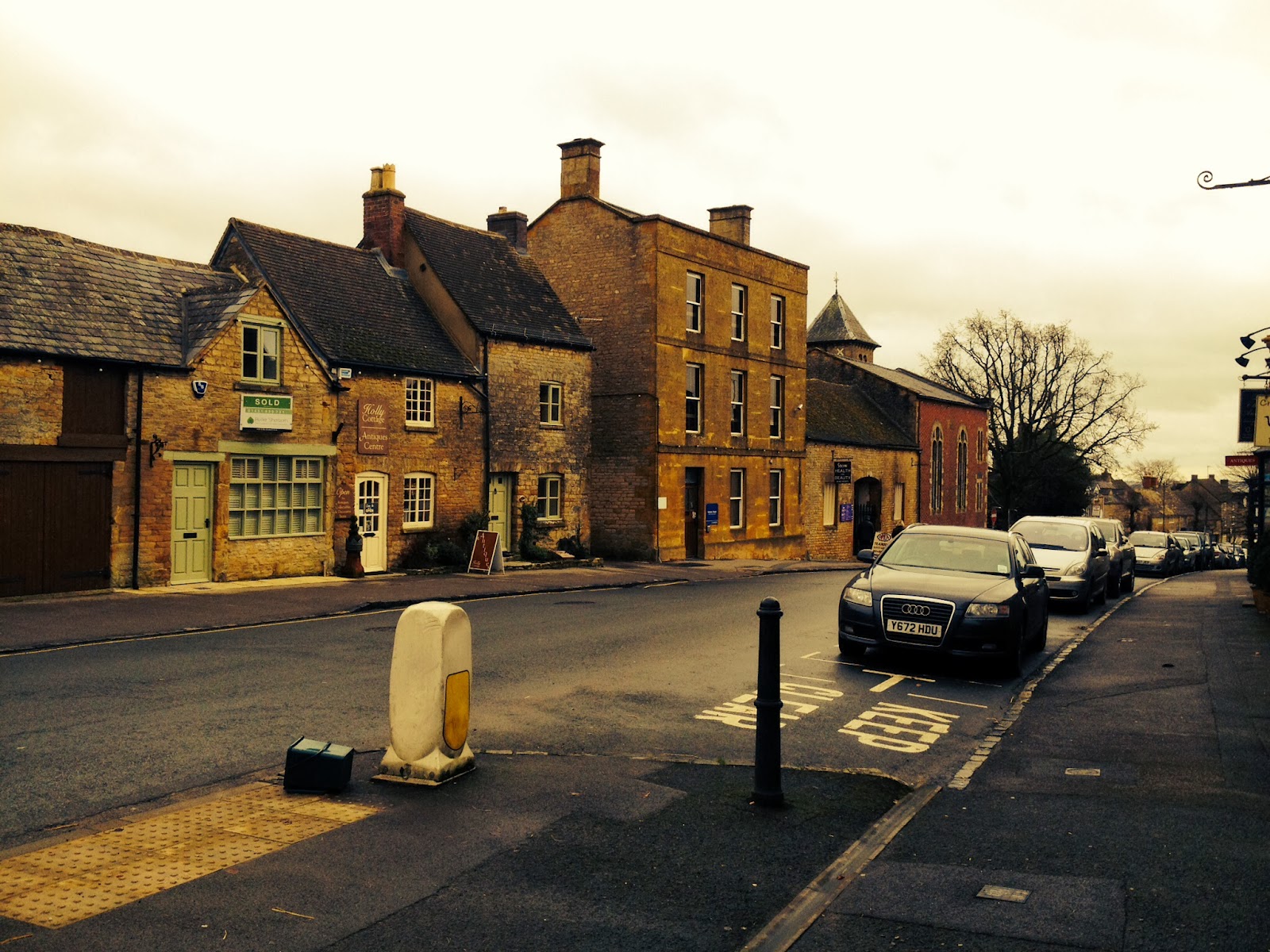 It was a cold, blustery day.  So January may not be prime tourist season in the Cotswolds, but we were rewarded by no crowds.  Rachel said that in the summer, these villages would be full of buses. 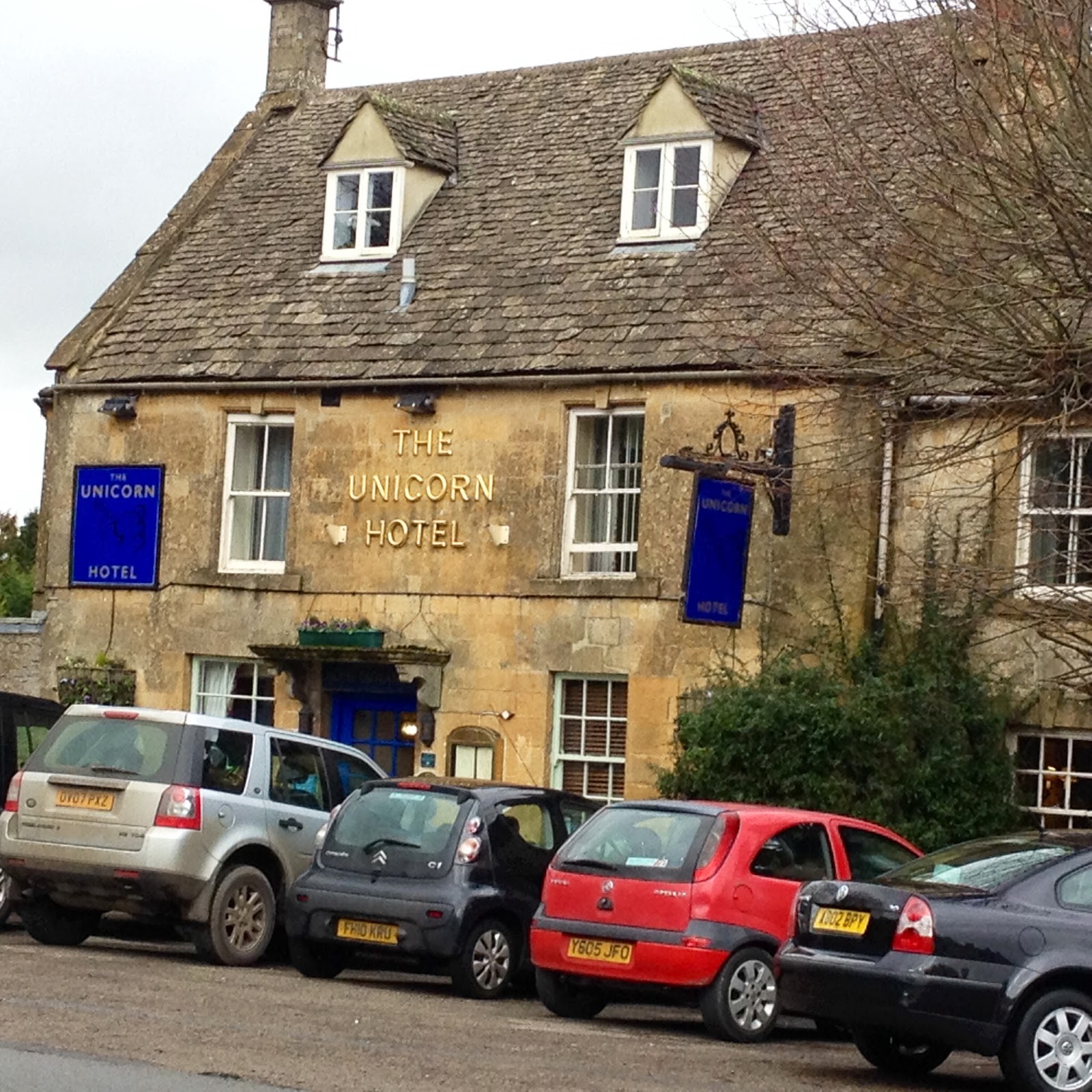 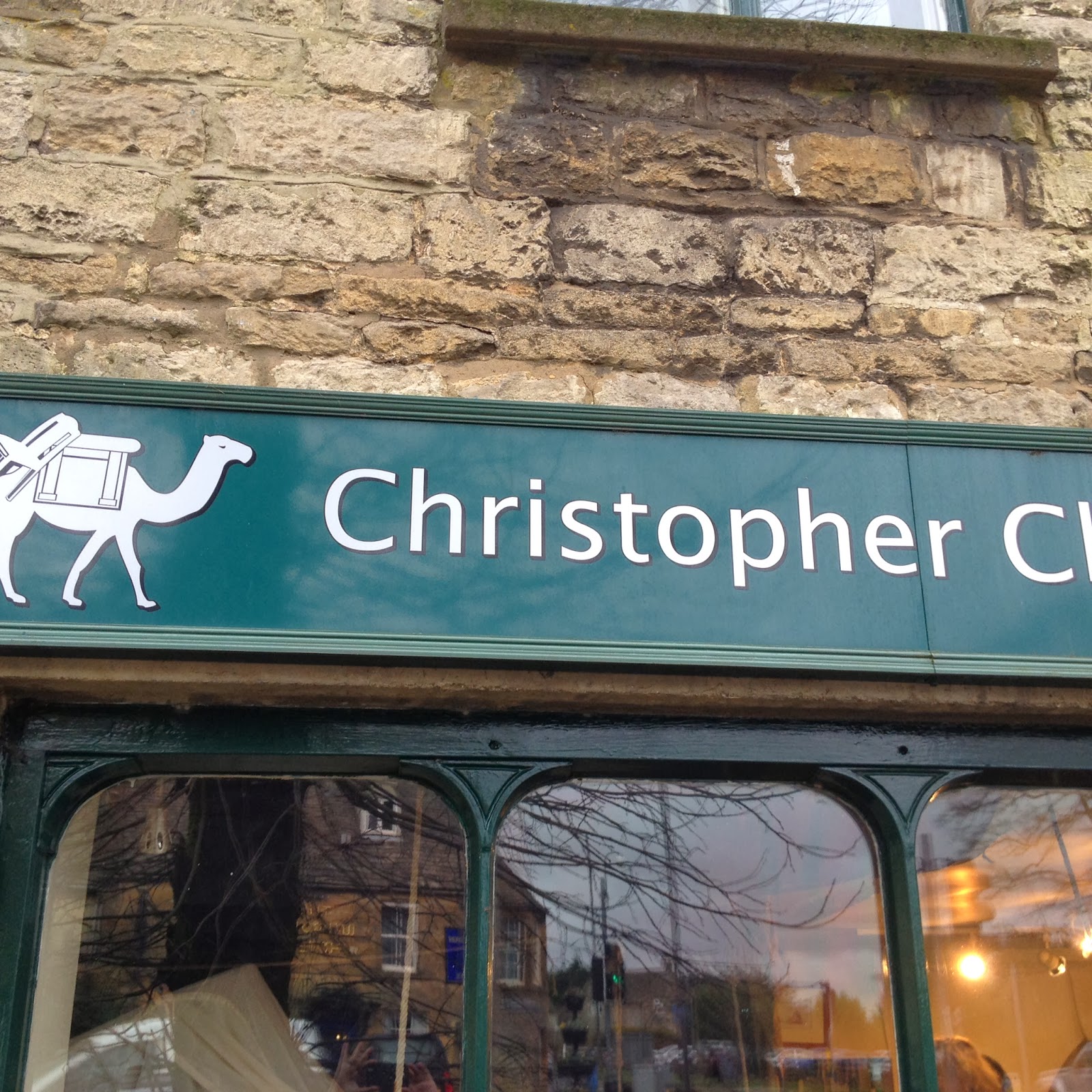 We went into some beautiful antique stores.  This one was very interesting.  It was full of military campaign furniture.  The owner was telling us that the British officers did not want to give up the comforts of home, even when in battle!  There was a large selection of beautiful furniture, all able to be folded or disassembled for travel to the next location.  Some of the travel was done by camels, apparently. 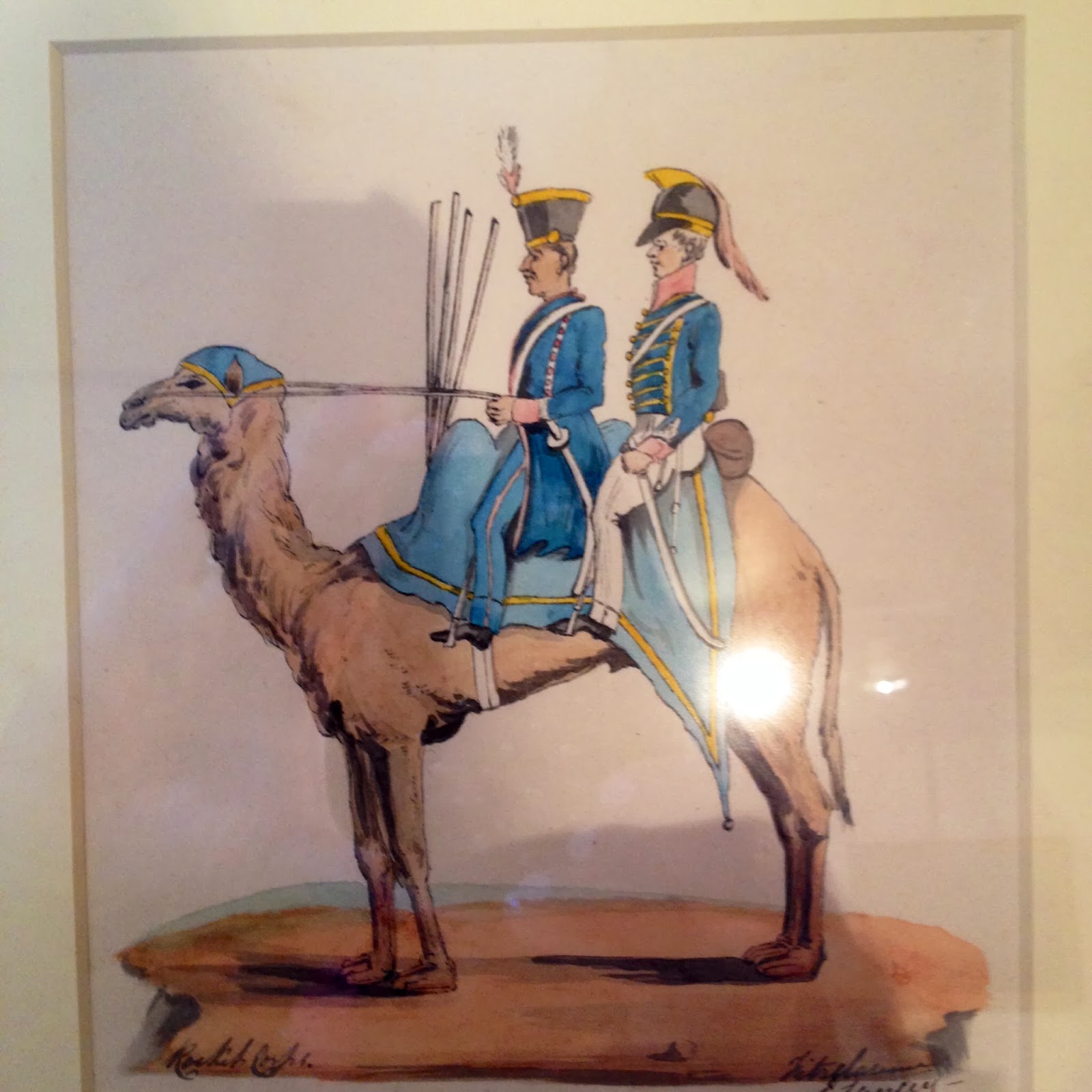 I loved this picture.  The soldiers are sitting in a saddle similar to the one I got for my birthday!  It is under the blanket.  And, the are carrying large explosives.  The store owner described it as the first rocket launchers!! 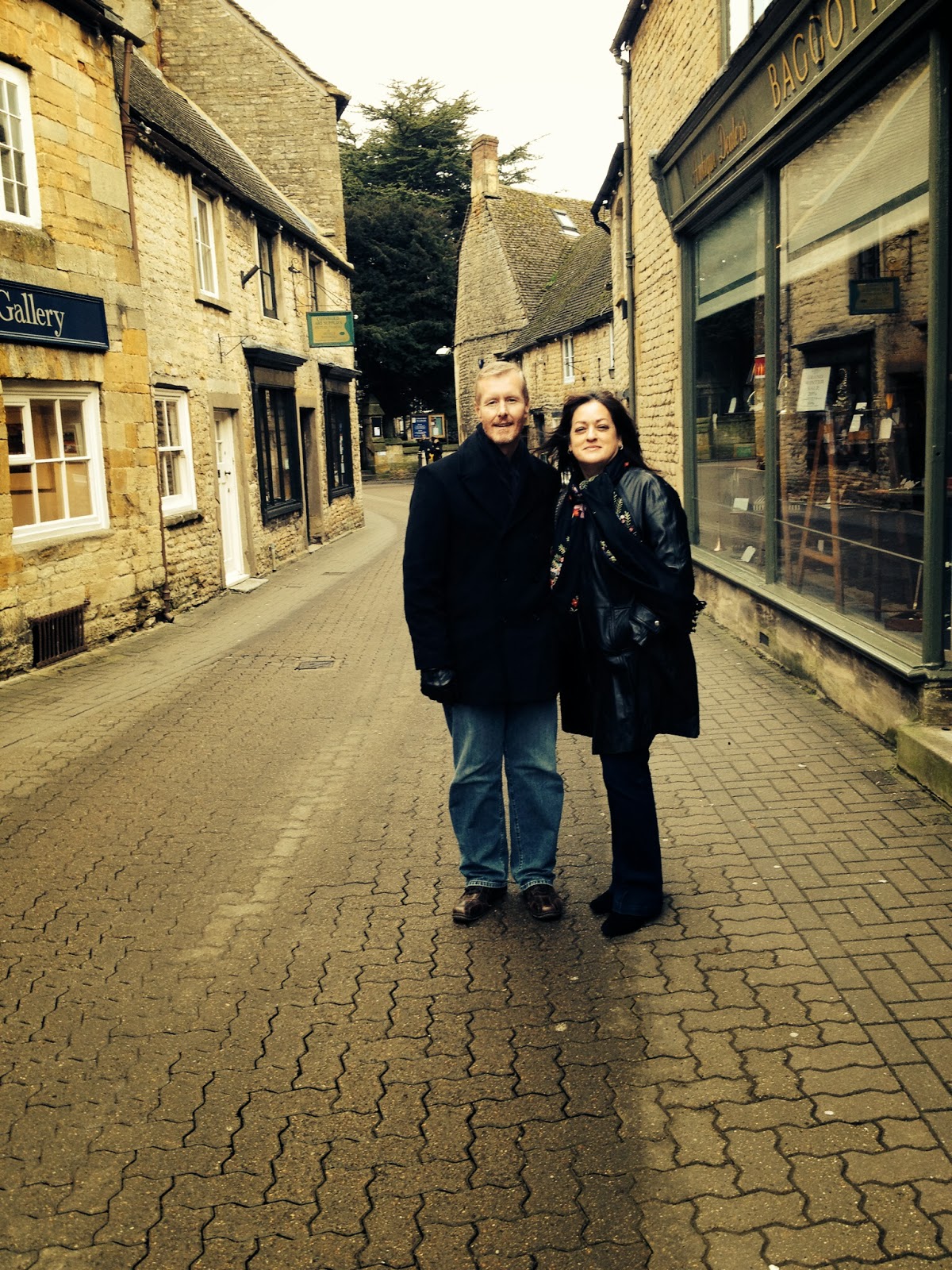 Not another tourist in sight! :) 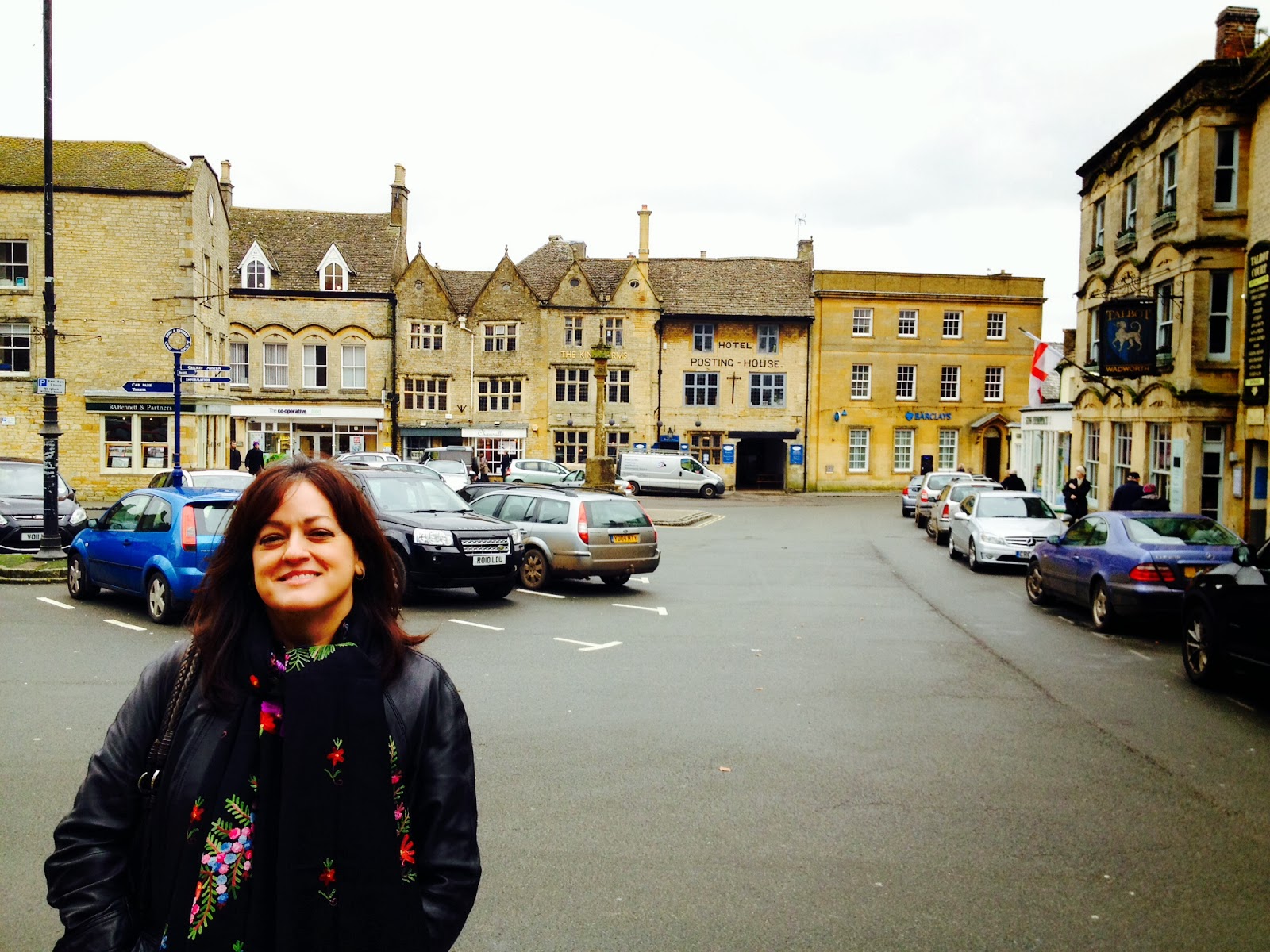 The last few pictures were taken at Stow-of-the-Wold. 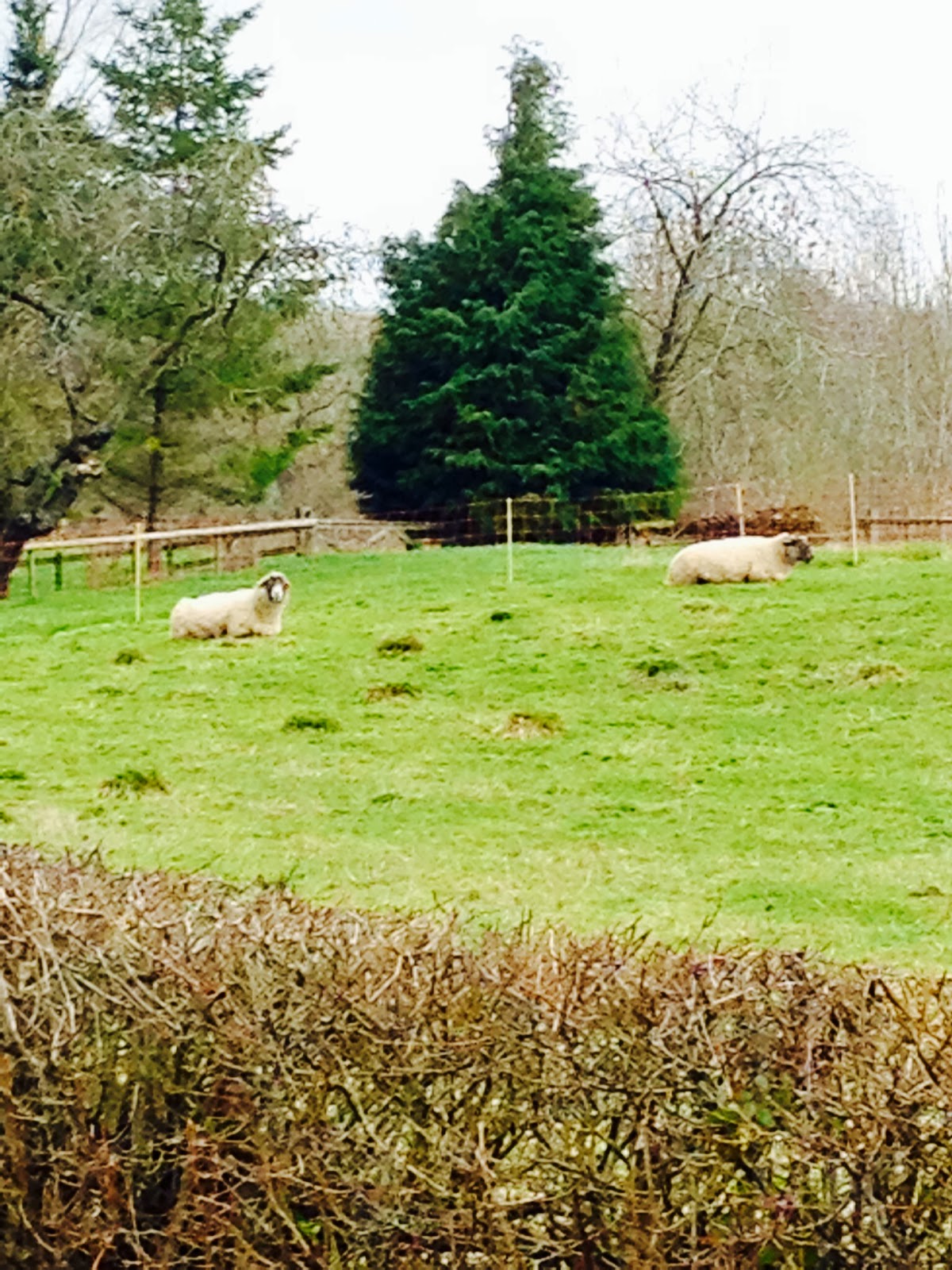 Although we have been chilly our whole time in London, it really is warmer than normal.  That is why we see some green grass and flowering trees.  Good thing we didn't come later in February.  That is when it will be really cold! 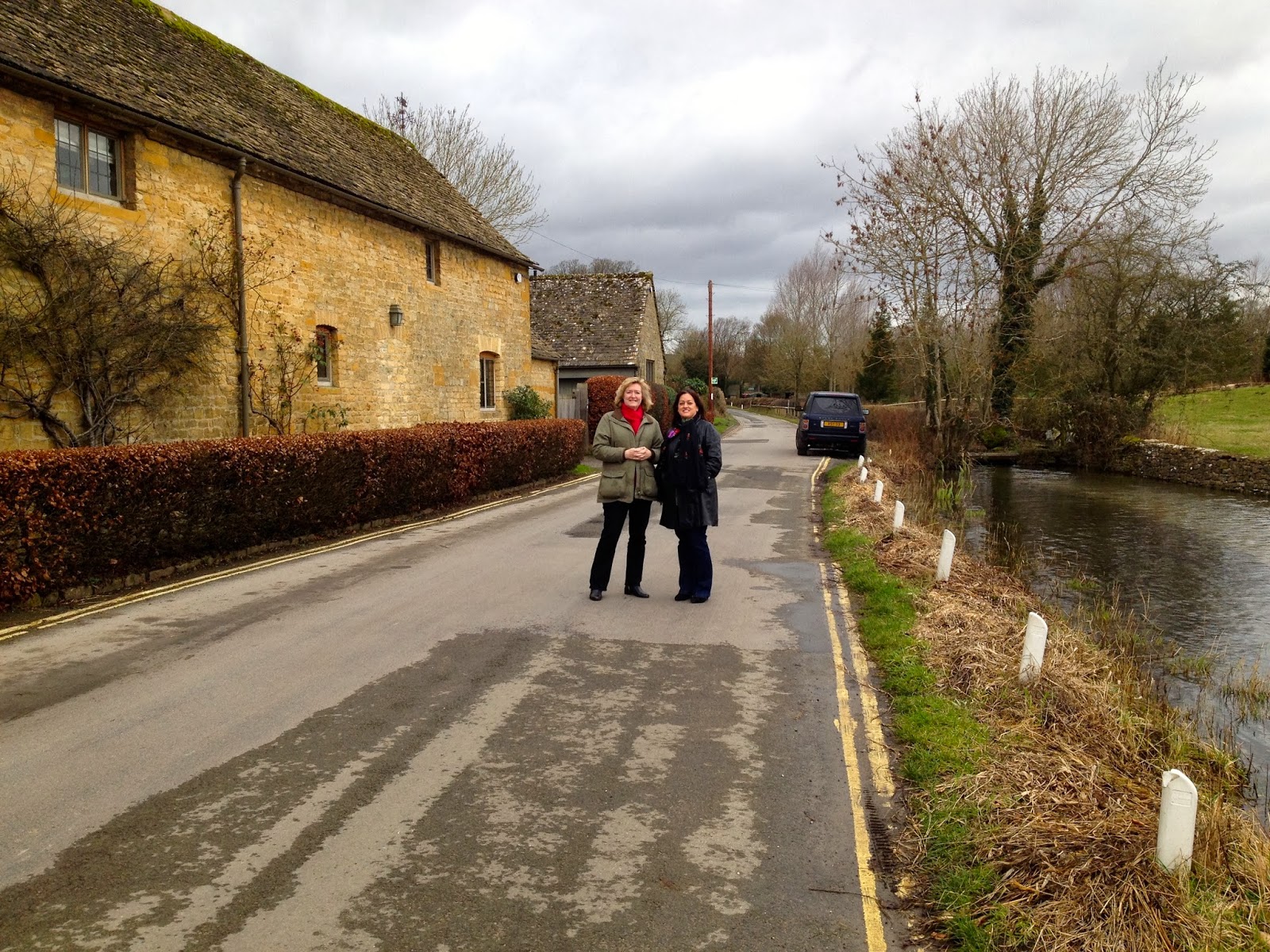 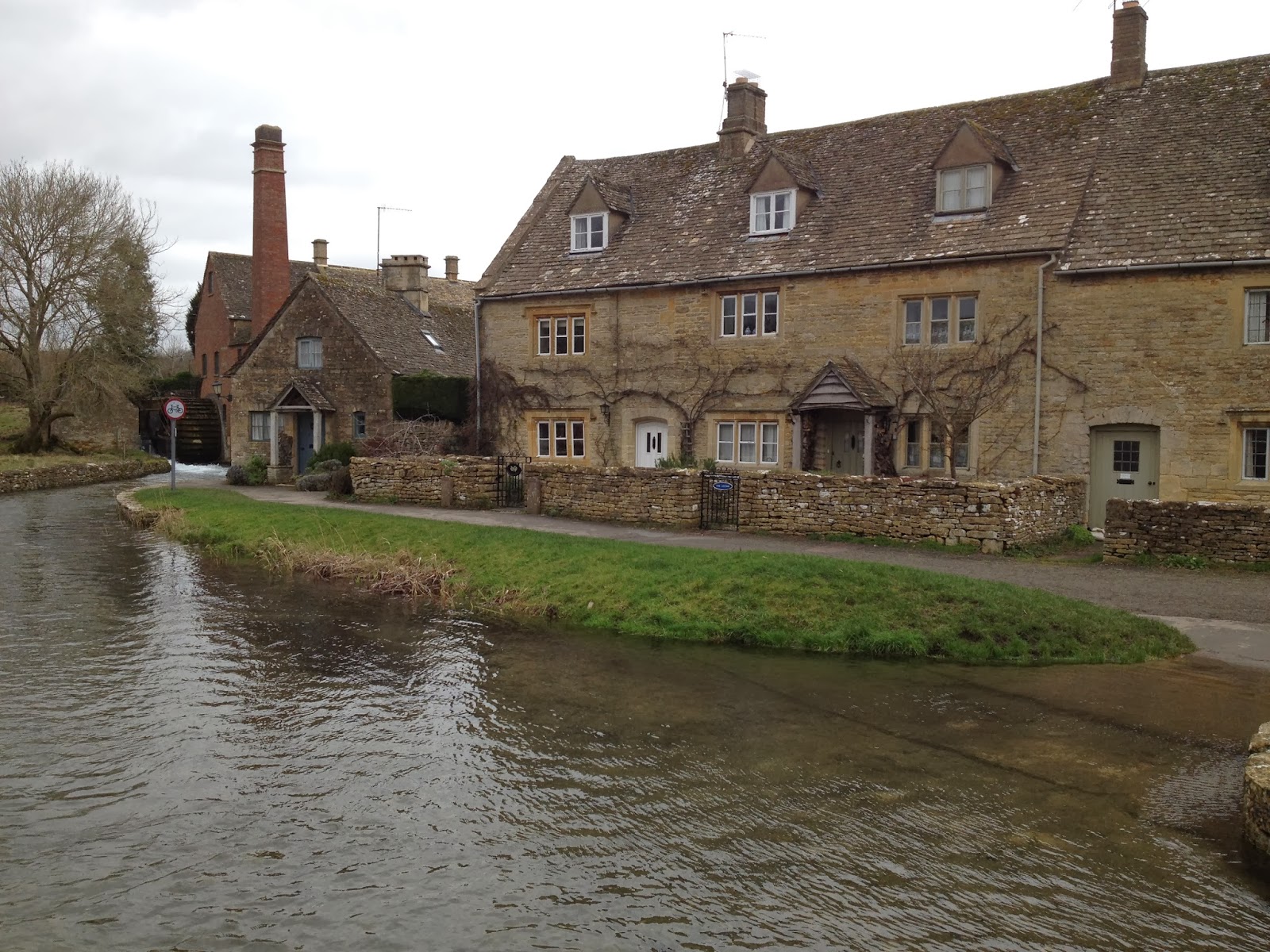 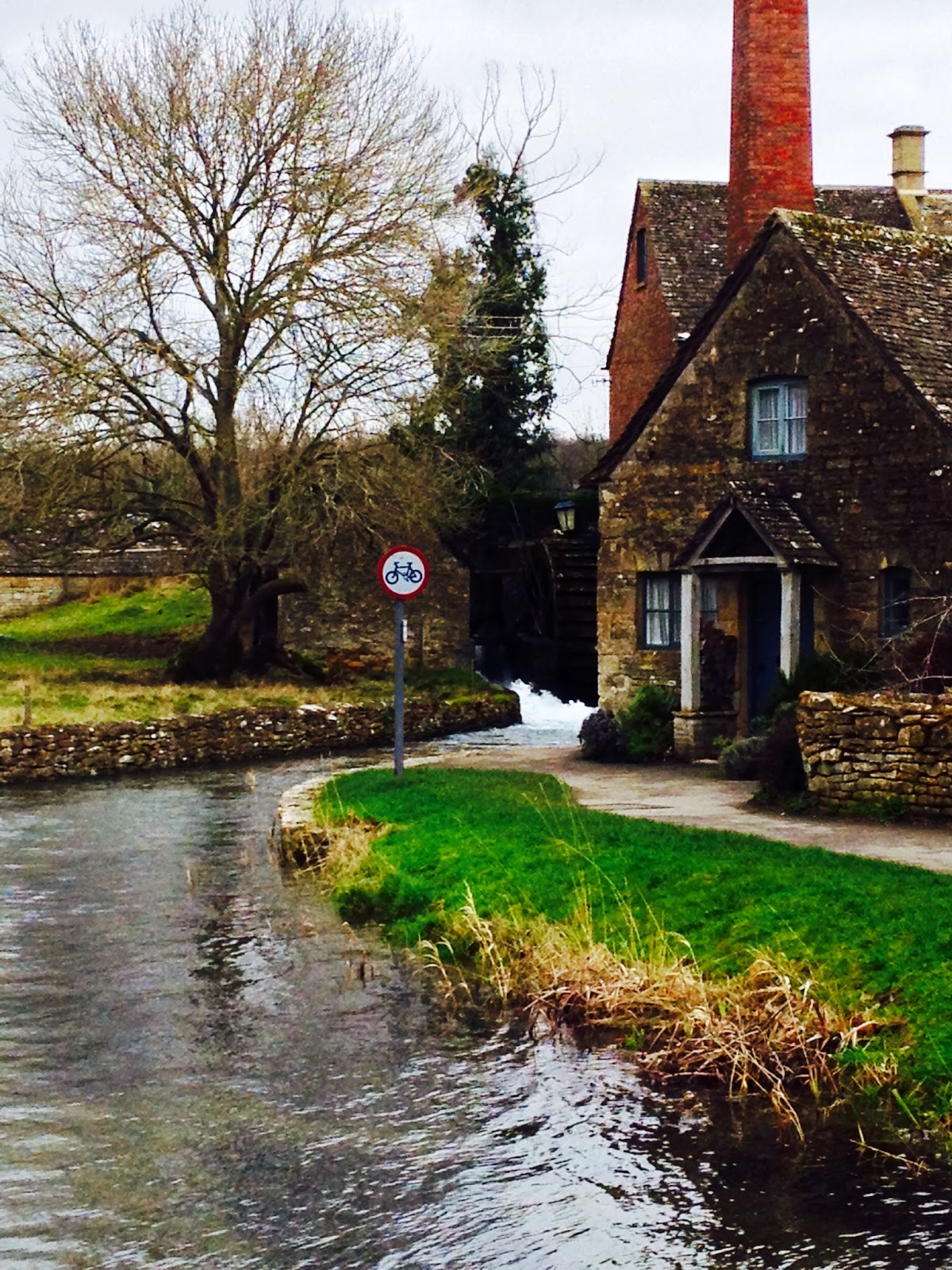 This village was Lower Slaughter, not to be confused with Upper Slaughter. 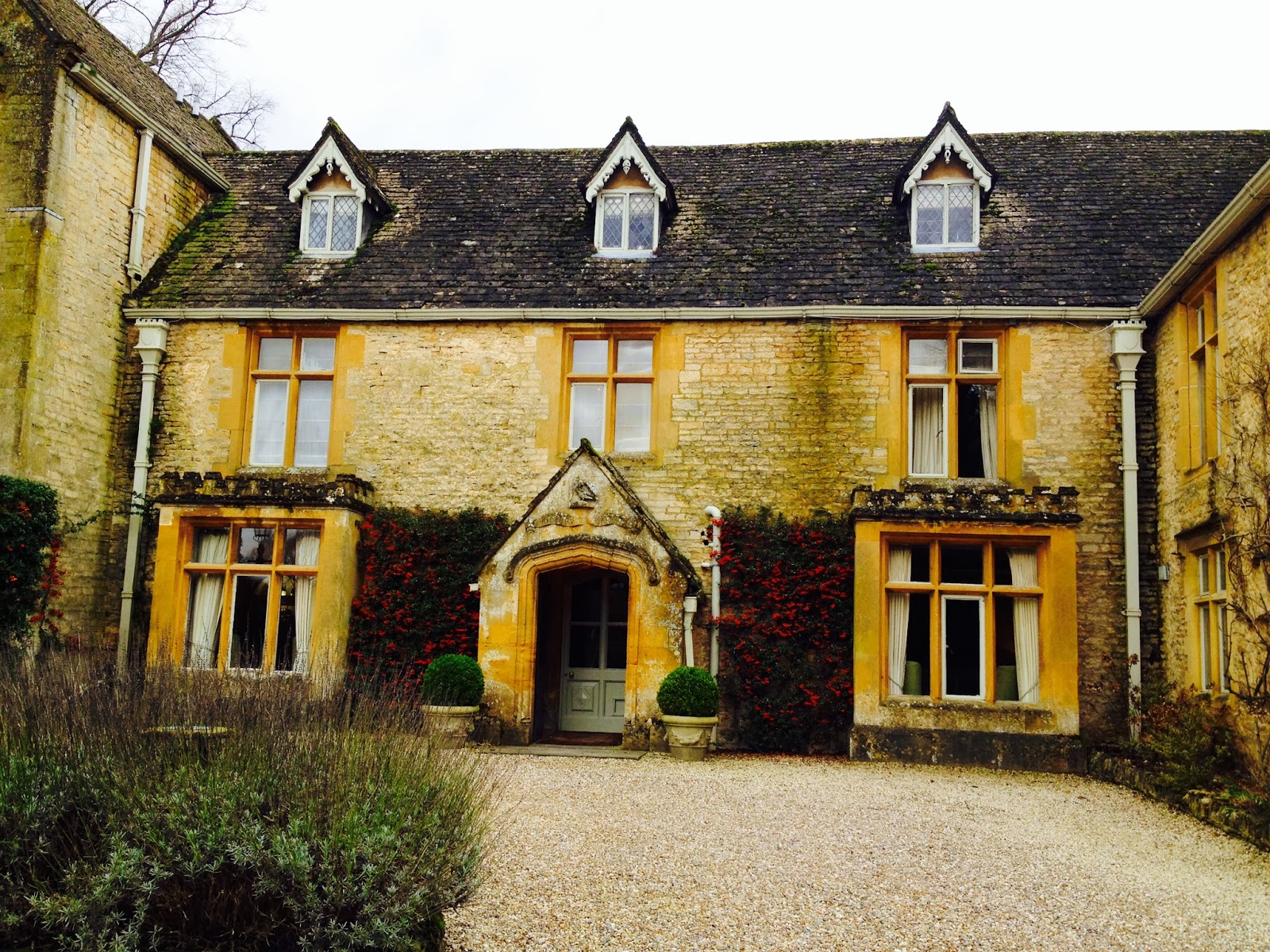 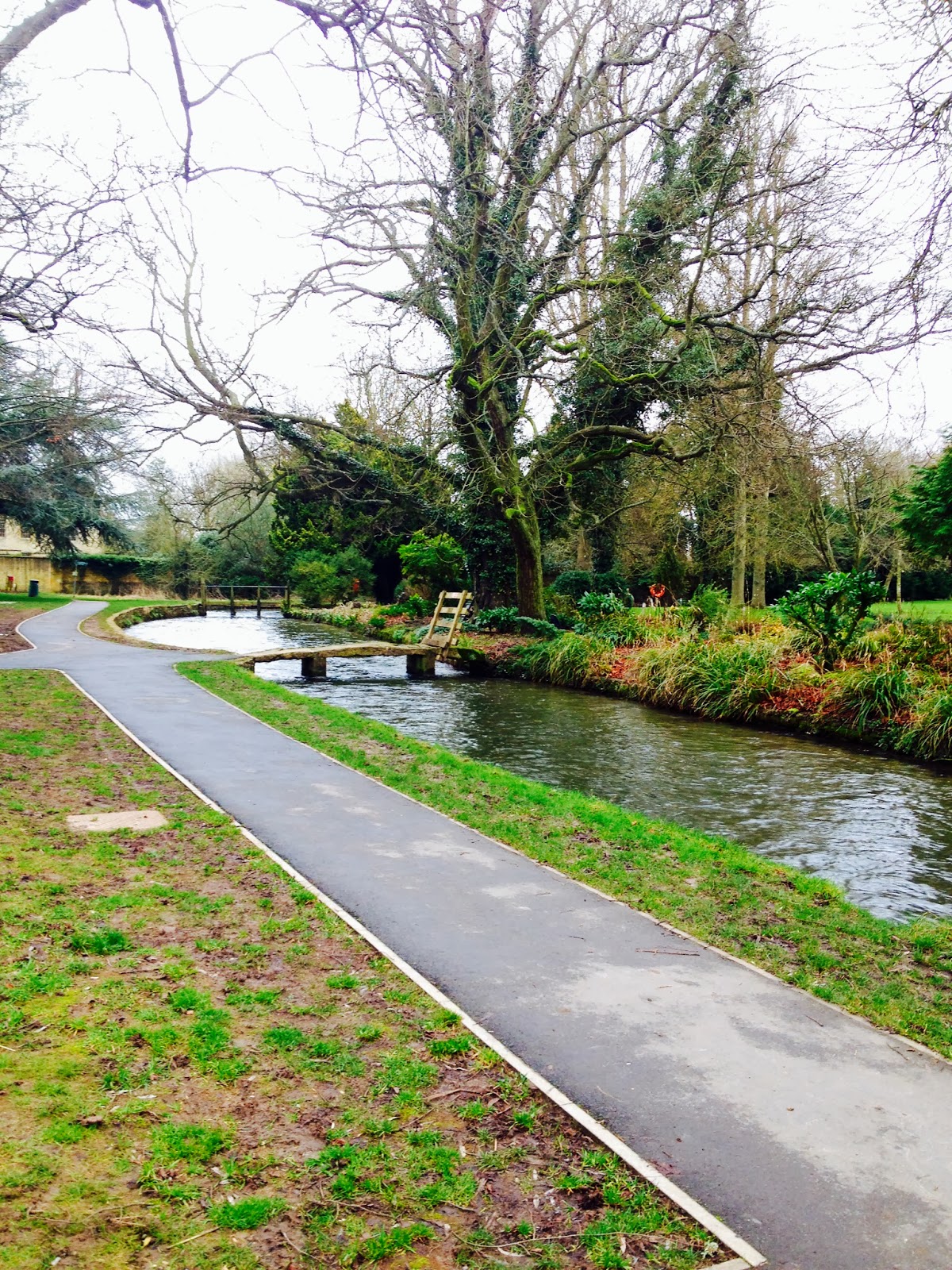 I think this was the wettest January recorded.  All the streams and rivers were quite high.  We saw a lot of flooded fields. 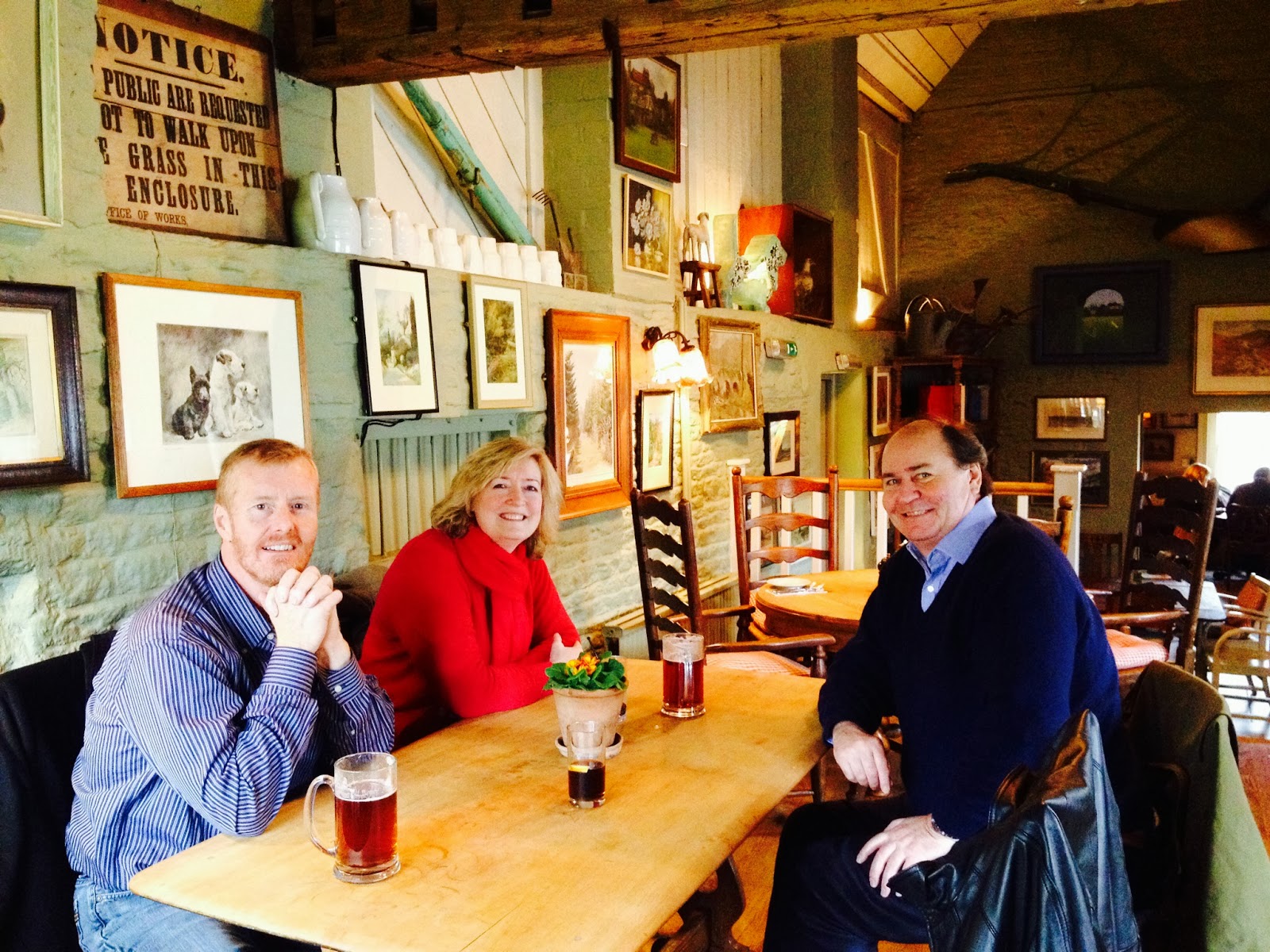 We had an delicious lunch at The Potting Shed in Crudwell.  Rachel had planned for us to have lunch in another pub, but the timing wasn't right for us. She whipped out her iPhone, and looked at her country pub app.  Her app served us well! 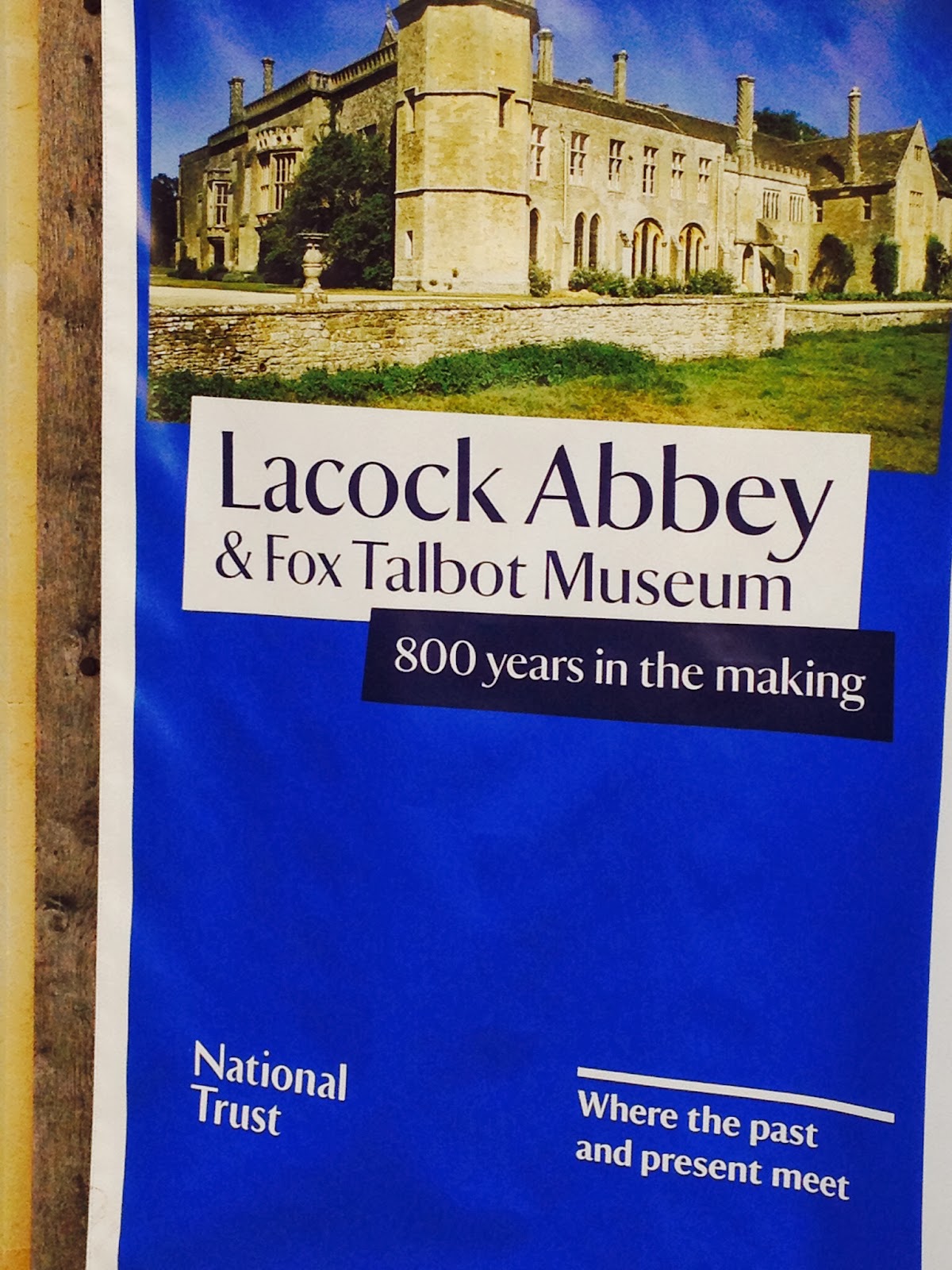 After lunch, we did more driving.  We went to Lacock, a fascinating village.  The entire village is owned by the National Trust of England. 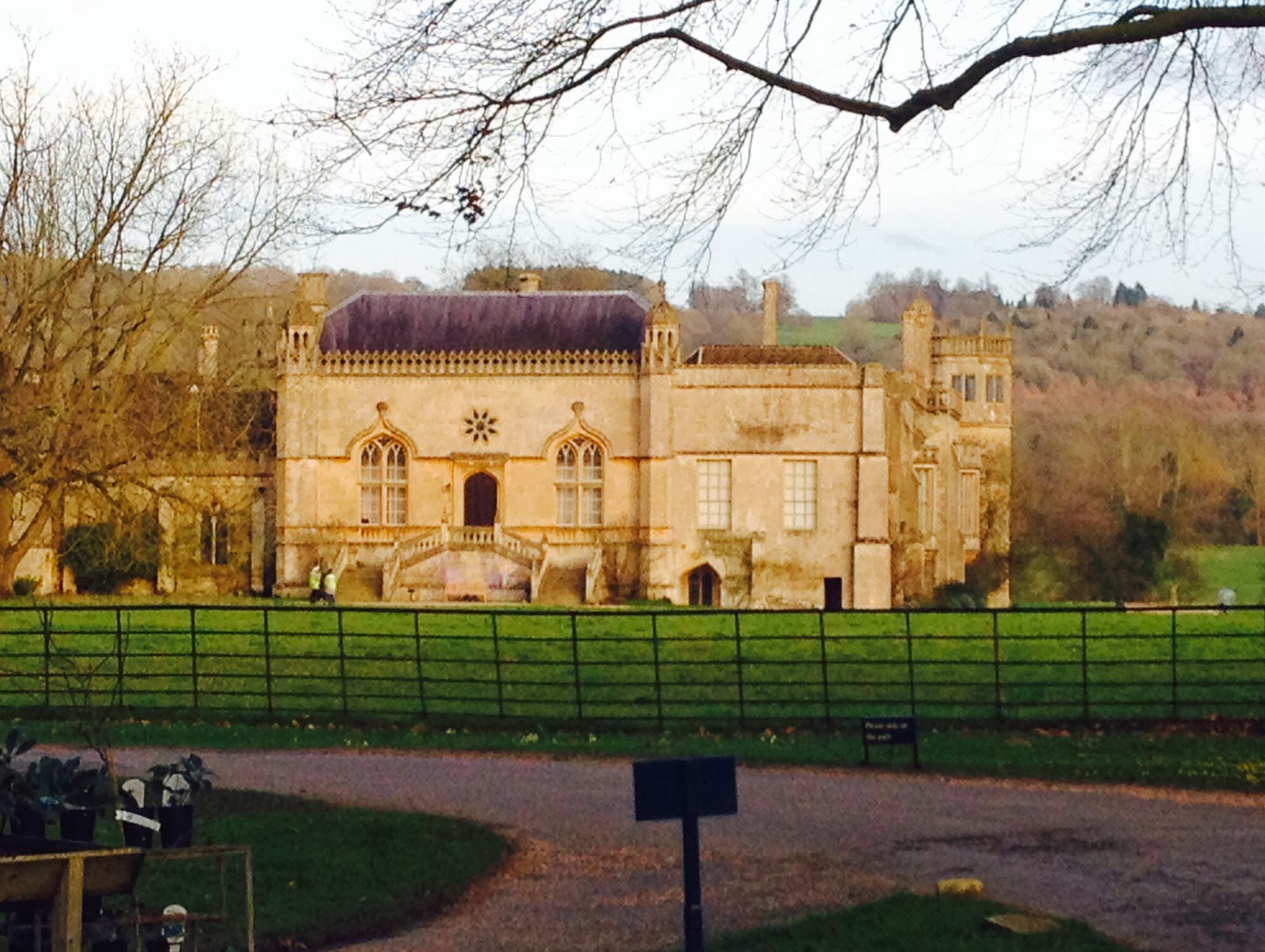 This is the old abbey, which later became home to Fox Talbot.  I had to confess my ignorance of Fox Talbot.  He "was a British inventor and photography pioneer who invented the ecotype process, a precursor to the photographic processes of the 19th and 20th centuries."  Anyways, he had a gorgeous home.  We didn't have enough time to tour the abbey. 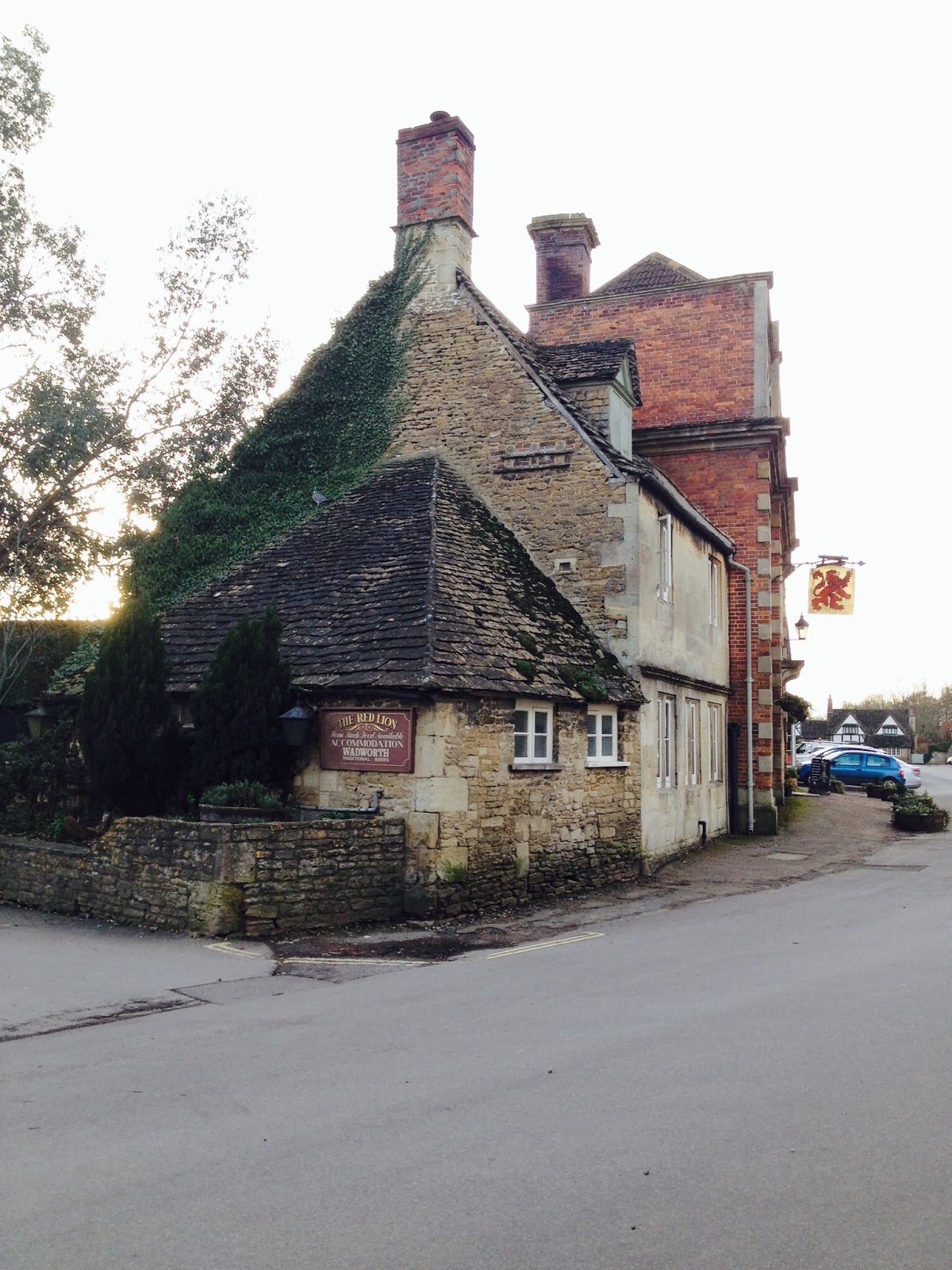 People do live in Lacock, with the understanding that the village may be used for filming up to four times a year.  Many TV shows and movies have been filmed here, including Harry Potter.  It is very authentic-looking. 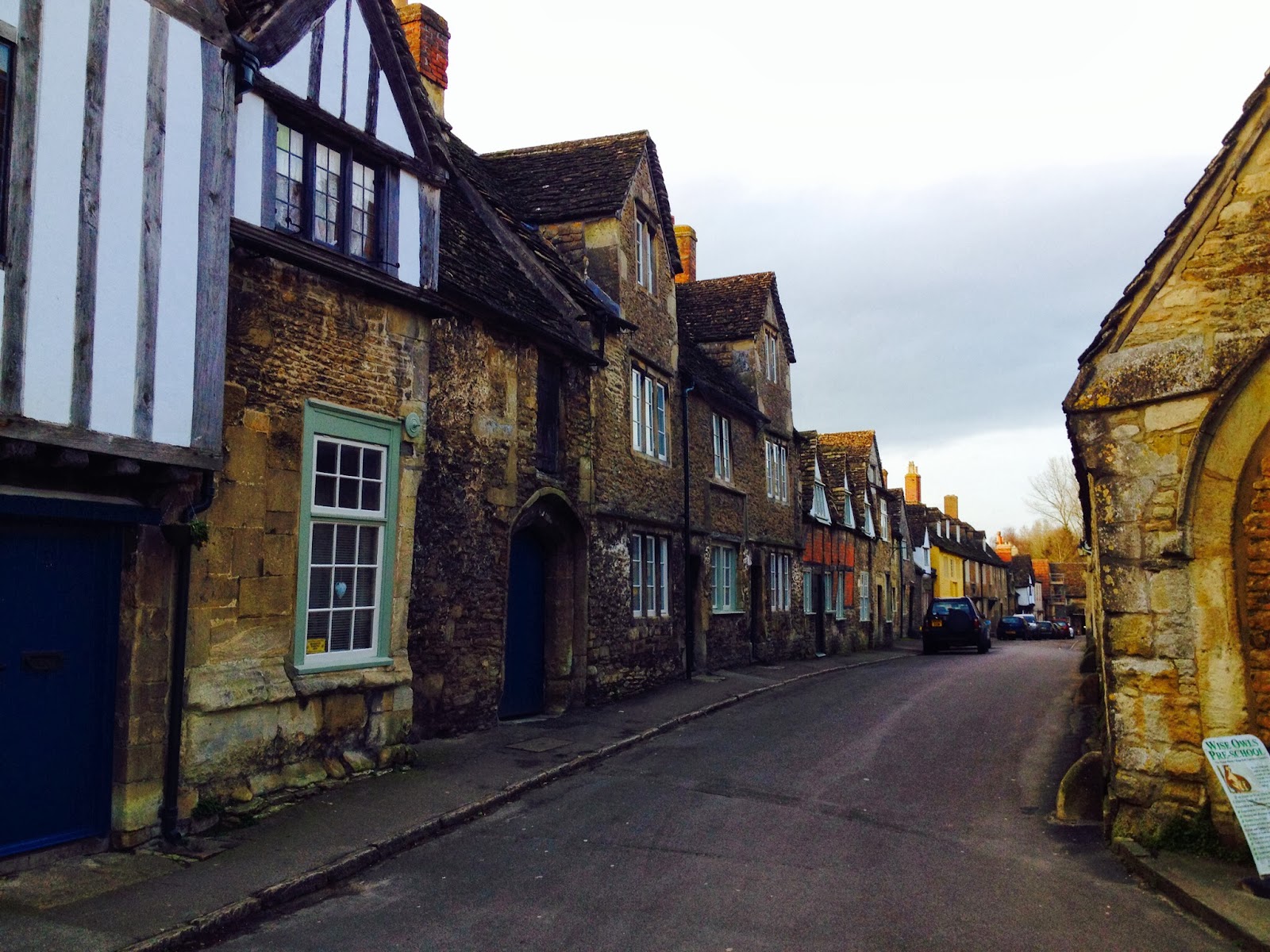 When they are filming, of course there are no cars allowed.  They cover the pavement with sand or dirt, and remove signs.  Whatever can't be removed, gets edited out! 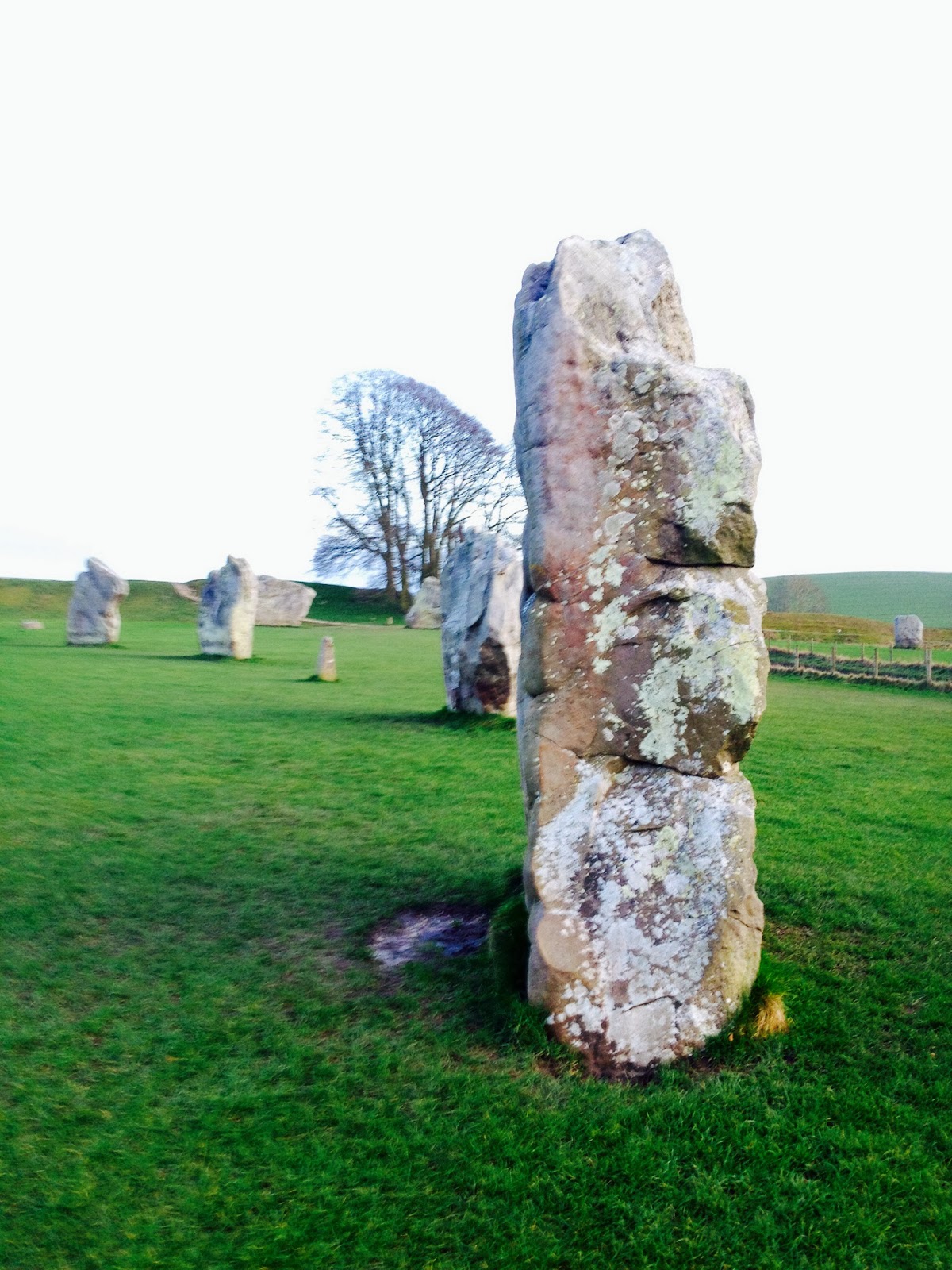 Our last stop for the day was Avebury.  Stonehenge is not the only location with mysterious stones.  There stones are in the middle of a field, and we were able to walk right up to them. 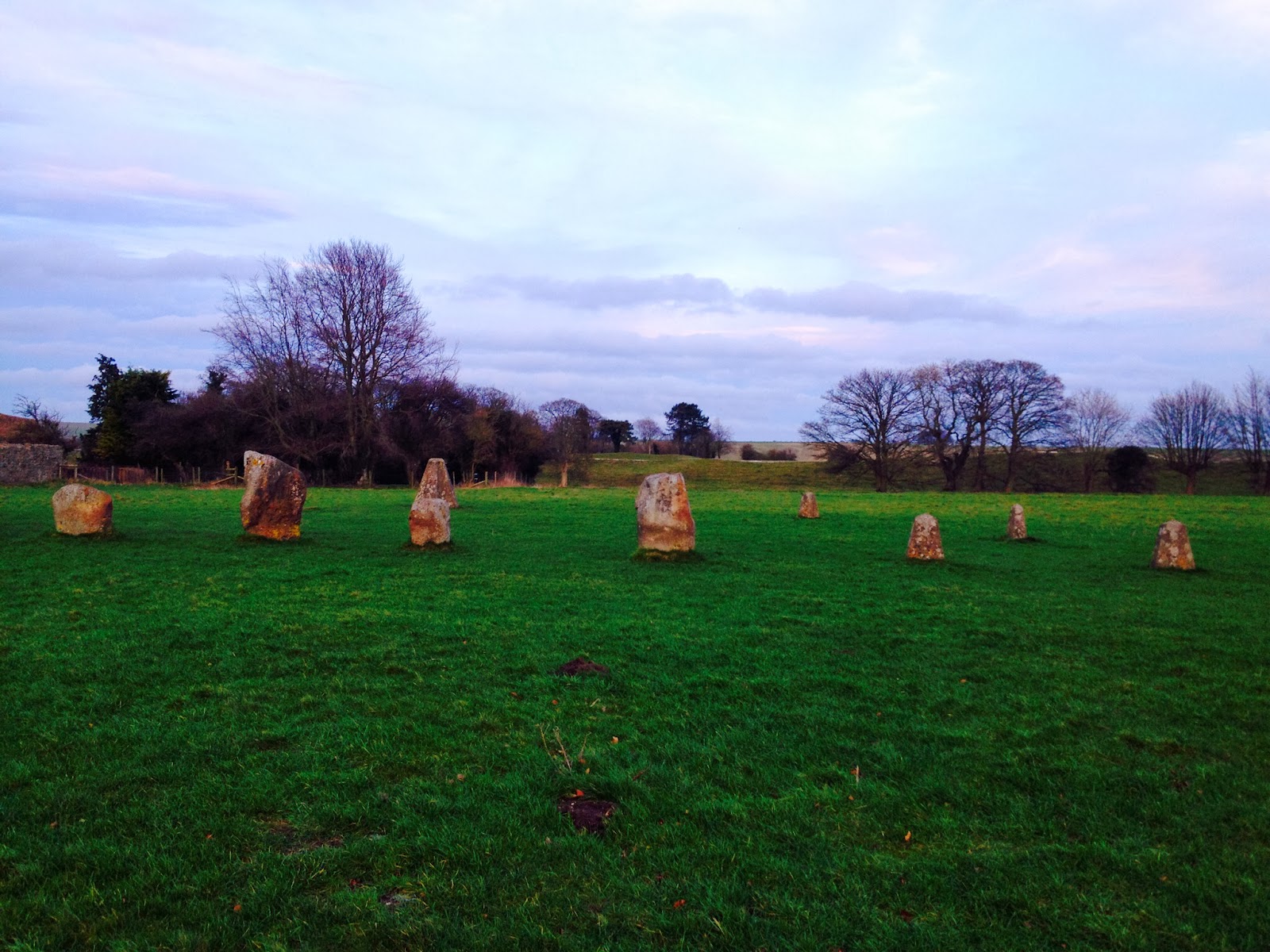 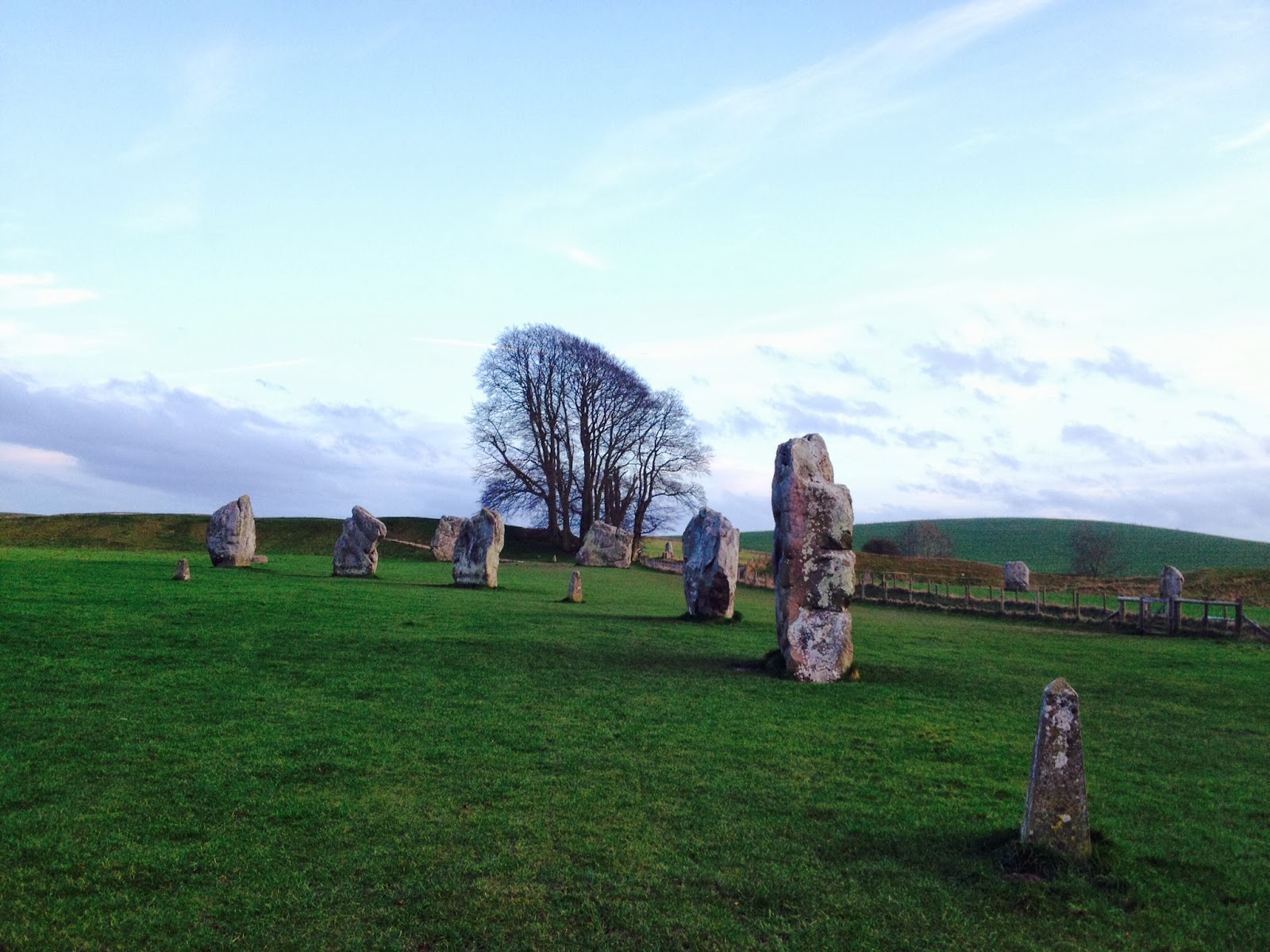 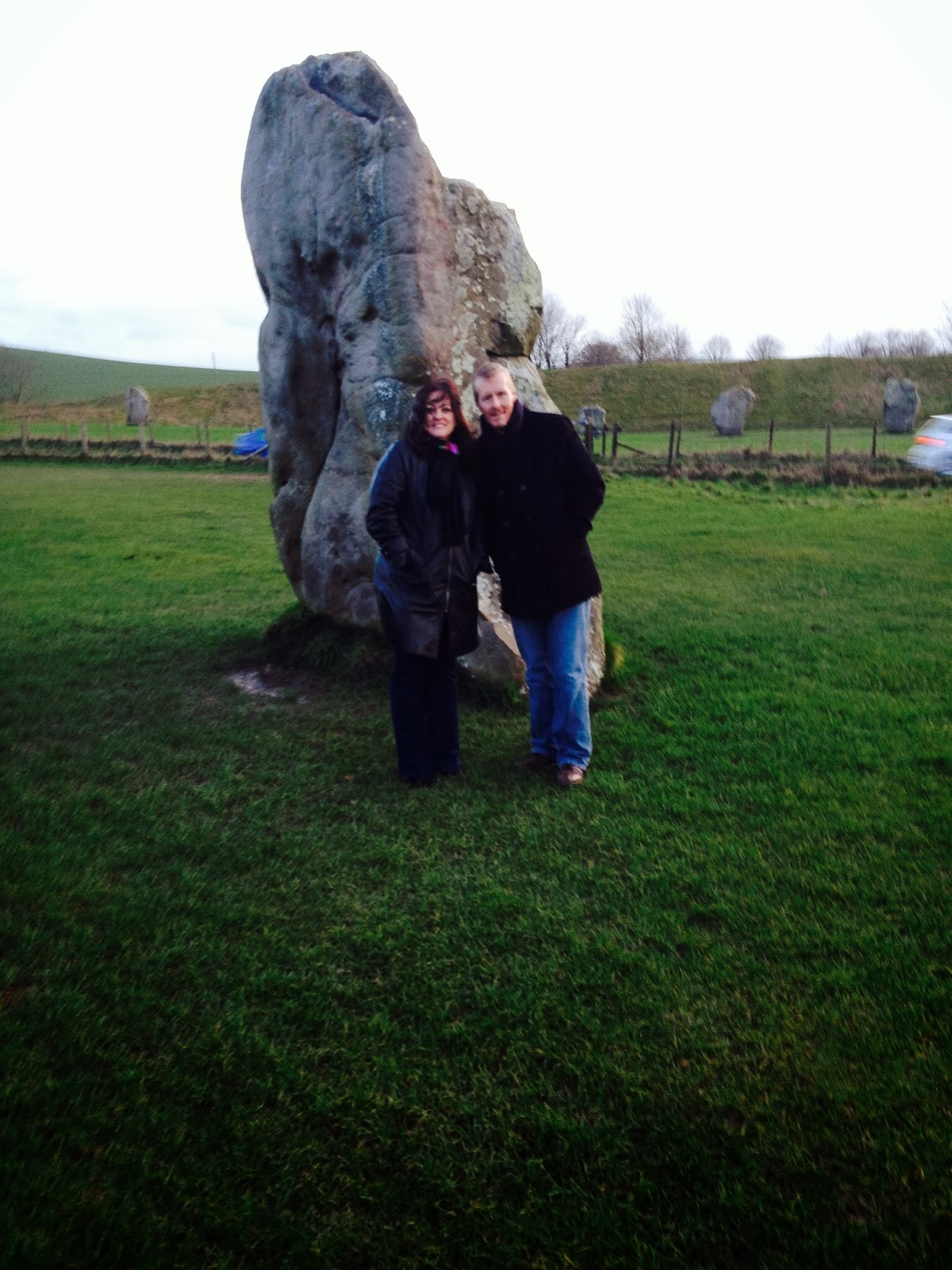 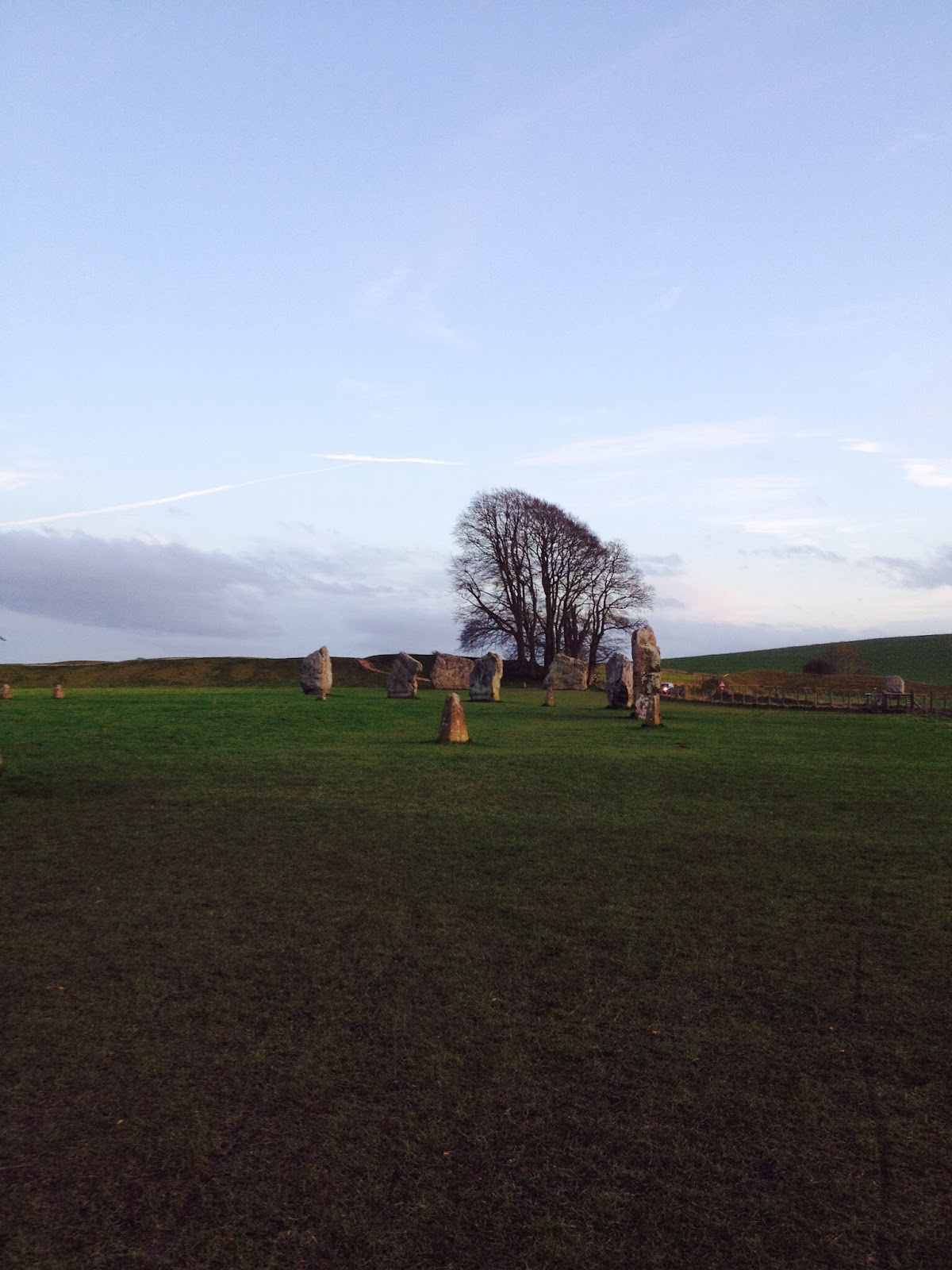 A wonderful day!
Posted by Wanda Holmes at 8:27 PM